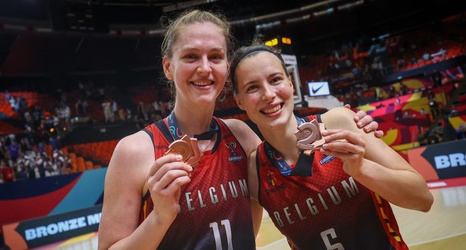 On Sunday, the Belgium women’s national basketball team defeated Belarus 77-69 in the third-place game of FIBA Women’s EuroBasket 2021 to win the bronze medal.

Washington Mystics forward Emma Meesseman was back to her normal self after a poor 8 point performance against Serbia in the semifinals yesterday, which they almost won. She scored 21 points on 10-of-14 shooting, grabbed 10 rebounds and dished 5 assists. She finished the tournament with