FIBA EuroBasket 2022: Group seeding to be finalized in late April. How far do you think Deni Avdija and Israel can go? 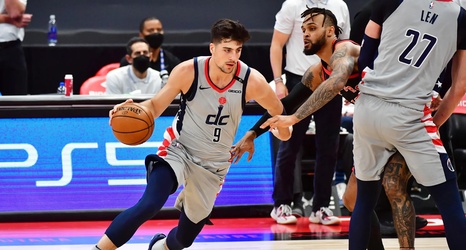 You are probably familiar with EuroBasket, mostly because of the women’s tournament which is held every odd numbered year in the summer during the WNBA season. Washington Mystics forward Emma Meesseman has represented her native Belgium in each tournament since 2017 and at least some of you may view it as a distraction from a WNBA fan perspective.

The men’s version of EuroBasket is run quite differently from the women’s tournament. It is now held once every four years in the late summer so it syncs up with the World Cup cycle. The tournament was also supposed to be held this year, but it was pushed back a year due to the coronavirus pandemic and the Olympics being held this year.