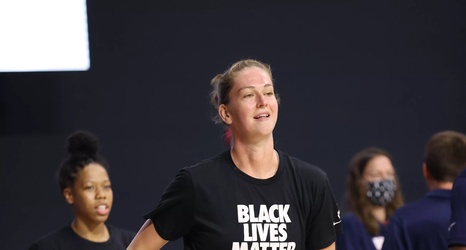 On Friday, Washington Mystics forward Emma Meesseman won Belgium’s Female Athlete of the Year Award at the country’s Sportgala (Dutch) or Gala du Sport (French). Meesseman was not present for the award (link in Dutch).

A team of Belgian journalists voted on who would win the award. Meesseman received 826 points to beat out Indiana Fever guard Julie Allemand who had 578 points, and cyclist Lotte (pronounced Loh-tuh, not Loh-teh like the DMV Korean supermarket chain) Kopecky, who had 477 points.

The love for Belgian basketball didn’t stop there.