Emma Meesseman to leave for the United States on Thursday for 2020 WNBA season, according to report 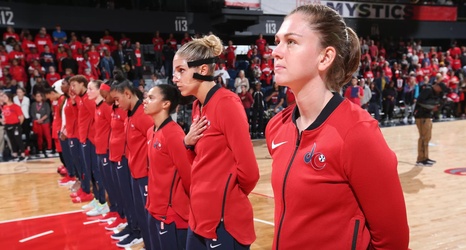 Many non-American WNBA players have decided to stay in their home countries, partly, if not likely because of the coronavirus pandemic’s impact in the United States.

The US has the most cases and deaths in the world. Sure, that’s partly because the US is the third largest country in the world. But the response in America has been very fragmented at the federal level, leading some states, mostly in the south and the heartland to open earlier than states in the northeast where outbreaks first happened.

And if that weren’t enough, Florida, where the WNBA is holding its 2020 regular season.