China bristles at NATO label as ‘systematic challenge’ to security 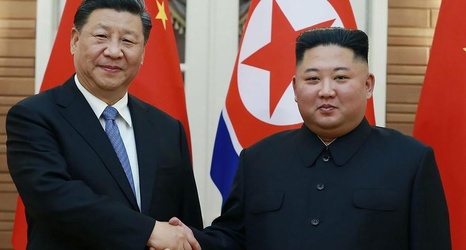 The decision by NATO leaders for the first time to highlight the global security threat posed by China has triggered outrage in Beijing, where the Chinese foreign ministry on Thursday accused the Western military alliance of pushing a narrative that “distorts the truth” and “promotes confrontation” between the West and China.

Beijing’s allegations came after North Korea’s authoritarian regime, which is backed by China, hurled similar warnings this week, claiming military coordination between the U.S., South Korea and Japan represents a “dangerous prelude to the creation of [an] ‘Asian version of NATO.’”

North Korea’s official KCNA news service on Thursday reprinted an analysis by a local think tank scholar arguing NATO has “brought disaster” to Eastern Europe and now seeks to do the same thing in the Asia-Pacific region.