Beal's top 10 performances of the season so far 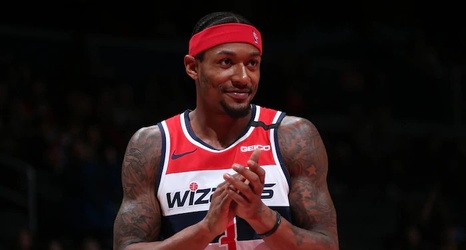 In what has been the best season of his eight-year career, Bradley Beal has taken his game and his standing in the league to a new level. He’s made franchise history, breaking a 58-year record with a 21-game streak of 25-point games and moving into second place on the team’s all-time scoring list. He’s made league history, becoming the first player in 13 years to score 50-plus points on back-to-back nights. And he’s served as the leader and the voice of a young a developing Wizards core.