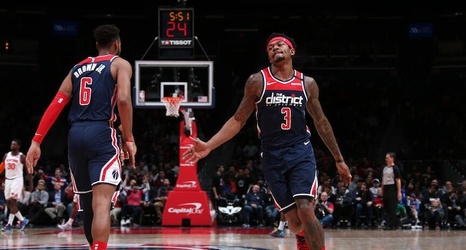 Bradley Beal scored a game-high 40 points to lead the Wizards (24-40) over the Knicks (20-45) 122-115 on Tuesday night at Capital One Arena. Beal now has 11 games with 40-plus points this season, one shy of tying the franchise’s single-season record held by Walt Bellamy since 1961-62. The back-and-forth affair featured double-digit comebacks from each team, including an 18-point swing in the Wizards favor in the second half.

Davis Bertans also made a bit of franchise history, hitting his 200th 3-pointer of the season, becoming just the third Wizards player to hit that mark in a single season.