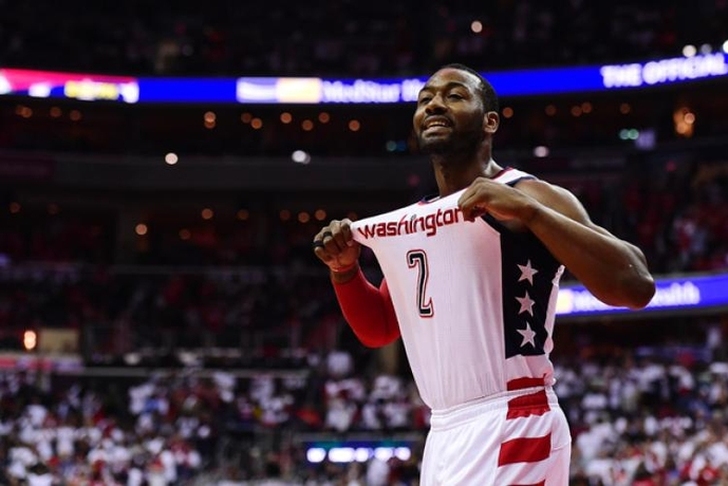 The Boston Celtics dressed in all black on their way to the Verizon Center on Friday night to prepare for a funeral - the death of the Washington Wizards' season.

John Wall made sure the Wizards lived to fight another day.

Trailing by two points with just seconds remaining, Wall pulled up and drained a three over Avery Bradley to give Washington a 92-91 win over the Celtics.

Do the John. Wall. #NBAPlayoffs pic.twitter.com/qAso72JEPL

Wall finished the game with 26 points (23 in the second half) and eight assists, while Bradley Beal scored a game-high 33 points to lead the Wizards. Markieff Morris (16 points, 11 rebounds) was the only other player who scored more than six points.

Isaiah Thomas and Avery Bradley each finished with 27 points to lead the Celtics, but it appeared as though Al Horford (20 points, six rebounds) who looked like he was going to play the hero. He banked in a shot with just a few seconds left to give Boston a 91-89 lead before Wall's game-winner.

It was the first game of the series that was decided by single digits, but it wasn't just the ending that was close.

The game was tight throughout as neither squad was able to get much of an edge. Washington held a five-point lead in the first quarter and it reached as many as 10 in the second, but the Celtics closed the first half on a 12-1 run to take a 42-41 lead into the break.

Boston continued to hold the lead through the duration of the quarter, but never led by more than six. That allowed Washington to stay in the game and they capitalized in the fourth, going on a 13-6 run to take a two-point lead. Both sides continued to trade the lead down the stretch, as the game remained tied going into the closing seconds before the fireworks at the end.