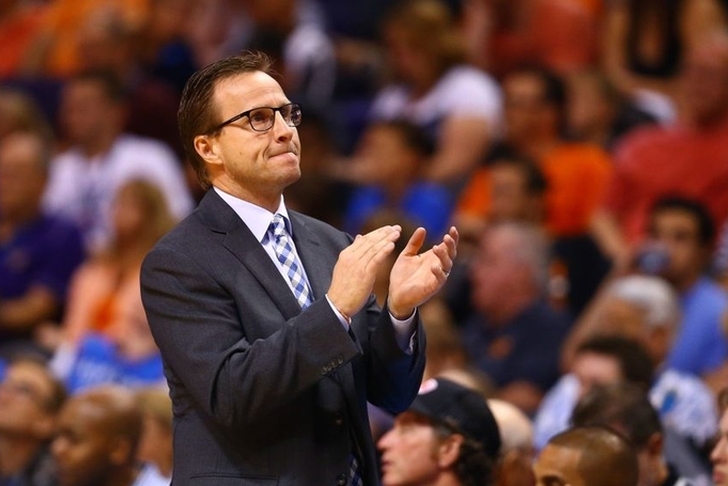 The Washington Wizards have hired Scott Brooks to be their next head coach, according to The Vertical's Adrian Wojnarowski:

Scott Brooks has agreed in principle on a five-year, $35M deal with the Wizards, league sources tell @TheVertical.

Brooks, who was out of coaching this season after being fired by the Oklahoma City Thunder, replaces Randy Wittman, who the Wizards fired following the end of the regular season.

Washington president Ernie Grunfeld flew to meet with Brooks in California this week to talk about the job, and it was there they agreed to this deal.

Brooks has an extensive coaching resume with the Thunder, going 338-207 in seven years in OKC, helping to build a young team into a title contender that made the playoffs five consecutive years.

The Wizards are hoping he can do the same with their young core, but they're also hoping he can lure Oklahoma City's Kevin Durant to Washington in free agency this summer. Durant, a D.C. native, has expressed interest about potentially "returning home" and joining the Wizards through free agency. He also has a very close relationship with Brooks.