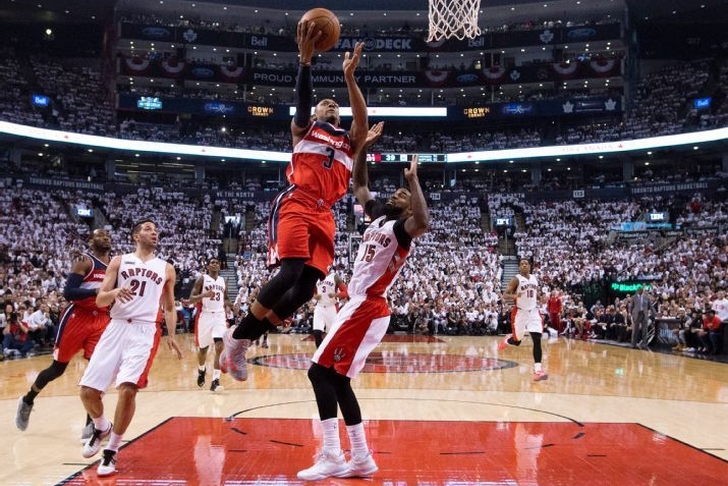 The Washington Wizards surprised many around the league by winning the first two games of this series on the road. Now that the series has moved to Washington, can the Wizards continue to roll, or will the Toronto Raptors climb back into the series with a win?

Toronto relies heavily on Kyle Lowry to be the engine that drives their offense, but he's been absolutely terrible in the first two games. He's averaging just 6.5 points and 4.0 assists per game in the series, down from 17.8 points and 6.8 assists per game during the regular season. If Lowry gets back to playing like his old self, the Raptors will win this game. If he continues to struggle, they'll lose.

Toronto's bench has made them competitive in the series despite the struggles of their starting lineup as Lou Williams, Patrick Patterson, and Greivis Vasquez have all played well. Washington's bench has played good enough so far, but they need to play better to ensure the Raptors can't get back in the series.

Washington's blowout victory in Game 2 seemed to emotionally break the Raptors, who needed to win one of the first two games at home to give themselves a real chance to win this series. I don't think Toronto can recover from that enough to win in Washington.