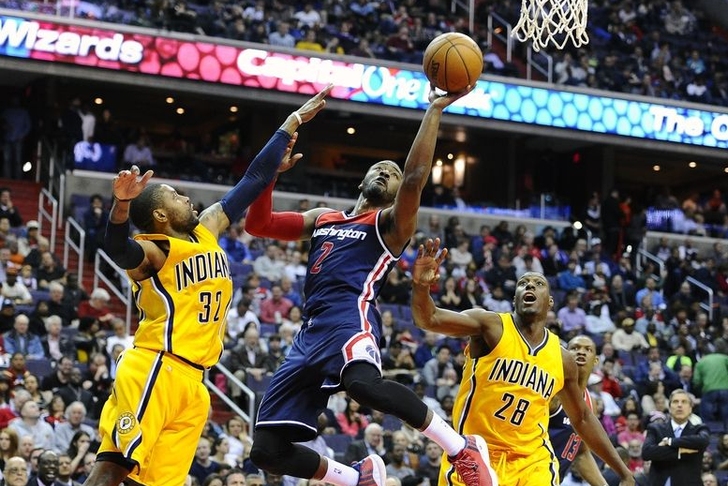 The Washington Wizards are locked into the No. 5 seed in the Eastern Conference playoffs, but that doesn't mean they aren't taking this game seriously. The Indiana Pacers are fighting to hold onto the No. 8 seed in the East, but Wizards point guard John Wall says the Wizards are "still salty" about their loss to Indy in the postseason last year and they want to kill the Pacers postseason chances.

Washington's starting backcourt and Indiana's starting frontcourt are the two strengths of their respective teams, and they're relied on to dictate the tempo and control the game. Obviously, one group is going to have to win out, and whoever does will give their team a major advantage.

The Pacers have been easing George back into the rotation in limited minutes, but if he's going to be a factor for them in the playoffs, they'll need to start giving him more time on the court. Expect to see George play about 25 minutes tonight, and if he's productive, Indiana will be a team no one wants to face.

Washington clearly has a desire to knock off Indiana, but the Pacers are desperate and have yet to lose since Paul George returned. He'll provide a big boost off the bench to give Indiana the spark they need to pull out the victory.