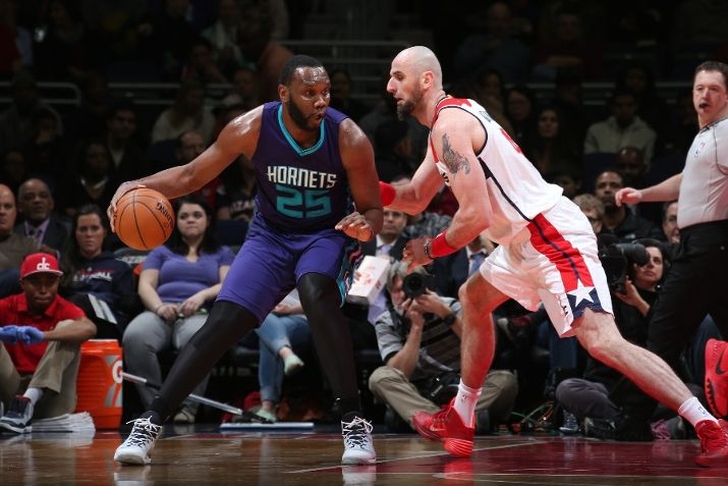 Washington comes into this game having lost four in a row, the latest coming in a 105-96 loss to the Atlanta Hawks last night. They'll try to get back in the win column tonight against the Charlotte Hornets, who have won three of their last four games, including a 92-88 victory over the Wizards on Monday.

When these teams met on Monday, Jefferson proved to be the difference with 18 points and 12 rebounds while Washington's big men combined for just 12 points. With Kemba Walker out, the Hornets offense will run through Jefferson again. If the Wizards can slow him down, they'll win easily.

Who steps up for Charlotte?

Backup point guard Brian Roberts had one of the best games of his career with 18 points against Washington on Monday. It's highly unlikely that Roberts will play that well again, so someone else is going to have to step up to make up for the loss of Walker.

Washington is going to break out of their funk sooner rather than later, and the Hornets have been overachieving since Walker went down with his injury. I think both trends flip tonight with the Wizards picking up a hard-fought victory.