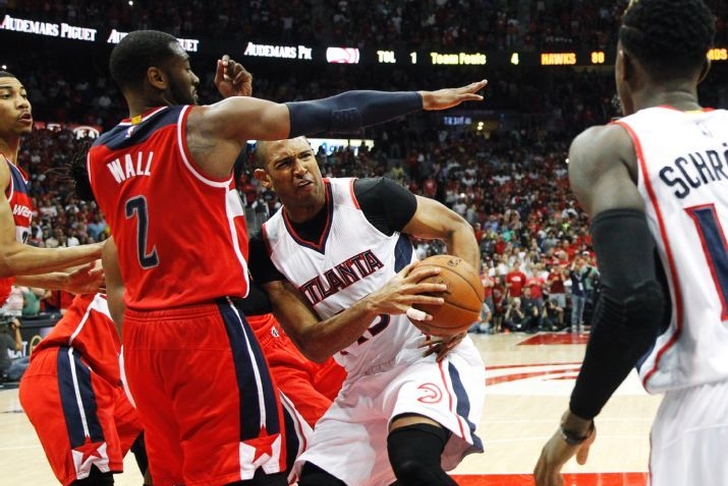 The Atlanta Hawks took the series lead for the first time with a one-point victory over the Washington Wizards in Game 5, and they're now looking to advance to the Eastern Conference Finals. Will they do just that, or can the Wizards extend their season and force a Game 7?

Wall spearheads Washington's offense as they rely on his penetration and decision-making to create open shots for himself and his teammates. After sitting out two games with five fractures in his left hand and wrist, Wall played with seemingly no ill effects from the injury. If he can be just as productive at home in Game 6, the Wizards will win this game.

Atlanta relies on a well-balanced attack with some added punch from their backups, while Washington relies more on their starting lineup. The Hawks bench needs to produce for them to win this game, but if the Wizards' bench can play relatively even with Atlanta's they'll come out on top.

I expect Washington to play inspired basketball since they're facing elimination in front of their home crowd, and that added intensity and focus will pay dividends in the fourth quarter of a close game.