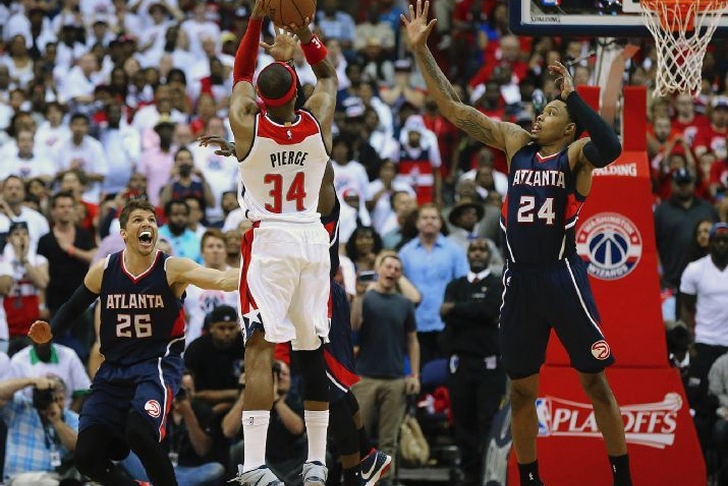 The Washington Wizards surprised the Atlanta Hawks again by winning Game 3 without All-Star point guard John Wall, giving them the ability to push the Hawks to the brink of elimination with a home victory in Game 4. Can they do just that, or will Atlanta find a way to even the series?

Wall is officially listed as a game-time decision for Game 4, and his availability could take the Wizards to another level. He was one of two point guards that averaged double-digit assists during the regular season (Chris Paul) and leads the playoffs in assists per game (12.6 - James Harden is second with 8.3), and Washington desperately misses that ball movement in their offense. If Wall can play - and be a threat - on the court, Washington will win this one easily.

The Hawks’ offense relies on spacing and ball movement to create open shots for their shooters from the perimeter, and if they aren’t making those shots, they don’t win. Atlanta has struggled this series because they've shot just 33.3 percent (30/90) from long range as a team, and they need to shoot over 40 percent if they want to win this game.

Washington looks like they have Atlanta's number, and I don't think the Hawks have an answer for the Wizards - especially if John Wall plays.