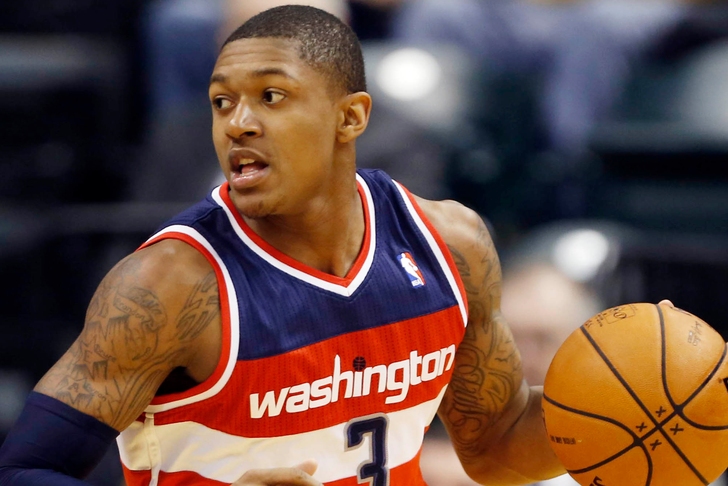 Can't get enough Wizards news and rumors? Be sure to download our 5-star iPhone app today!

The Washington Wizards will have to go without one-half of their stellar young backcourt to start the 2014-15 NBA season, as shooting guard Bradley Beal will miss over a month after suffering a broken left wrist.

Per Jorge Castillo of the Washington Post, Beal underwent surgery today and is staring at about six weeks worth of rehab:

#Wizards announce Beal underwent the surgery today and he is expected to miss approximately six weeks.

According to an article by Castillo on Saturday, “Beal sustained the injury when Hornets forward P.J. Hairston fouled him with 2 minutes 22 seconds remaining in the first quarter of Charlotte’s 99-86 victory in Greenville, S.C. Beal stayed in the game to make his two free throws, but was taken out 24 seconds later and did not return. The Wizards officially labeled the injury a sprain and Beal departed Bons Secours Wellness Arena with the wrist in a brace.”

NBA.com's David Aldridge would reveal later in the night that Beal's injury was feared to be more severe than previously expected. Said fears came to fruition, as the dynamic young guard is looking at a late-November, early-December return to the squad.