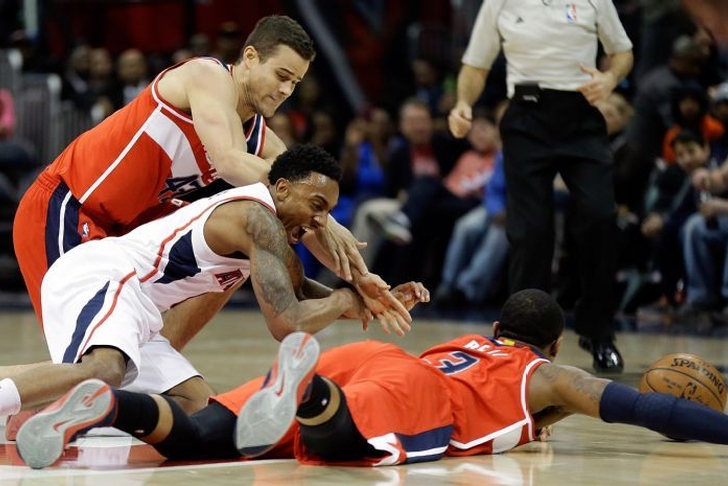 The Washington Wizards were blown out by the Atlanta Hawks last night, continuing the Wizards' struggles on the road. Washington is just 9-8 away from home this season, making them the third worst road team among Bovada's top 13 contenders (San Antonio and Oklahoma City are below them).

“We are definitely getting better, but tonight was a step back for us," forward Paul Pierce told reporters following the game. "We’re a good home team, but in the playoffs or somewhere down the line, you’re going to have to beat a good team on the road. That’s what we haven’t been able to do. We have to beat some of these top, elite teams in their building.”

Washington's next game is against the Spurs on Tuesday, and have their next road game against a contender Wednesday against the Chicago Bulls.