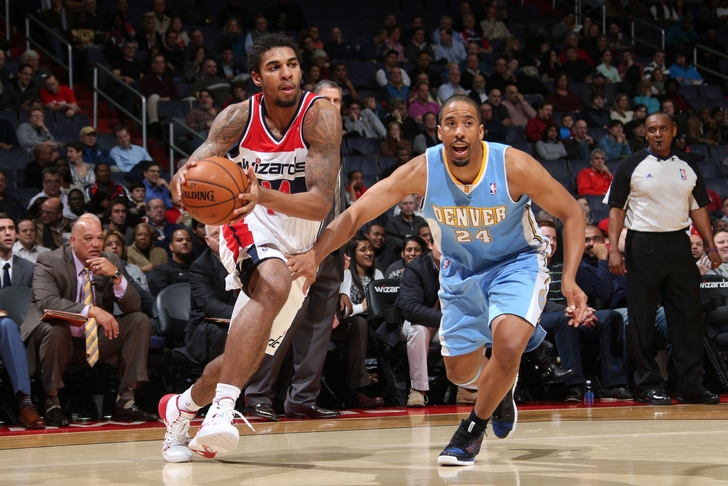 The Washington Wizards waived swingman Glen Rice Jr. on Wednesday, according to an NBA.com report.

The Wizards decided to make the move on Wednesday in order to beat a deadline that would have guaranteed him his contract money for the remainder of the 2014-15 NBA season.

Rice appeared to be a shoo-in to carve a spot in the Wizards' rotation coming out of training camp, but his minutes decreased with Rasual Butler's emergence and the continued growth process of Otto Porter. Consequently, Rice Jr. appeared in just five game for the Wizards and was sent down to the D-League in late November.

Glen Rice Jr. was a second-round pick in the 2013 NBA Draft. He has appeared in just 16 NBA games, averaging 2.7 points and 1.5 rebounds in 9.5 minutes per game in those contests.

The 24-year-old Georgia Tech product and son of former NBA sharpshooter Glen Rice will likely get a look from another team within the next couple of weeks, according to multiple sources.