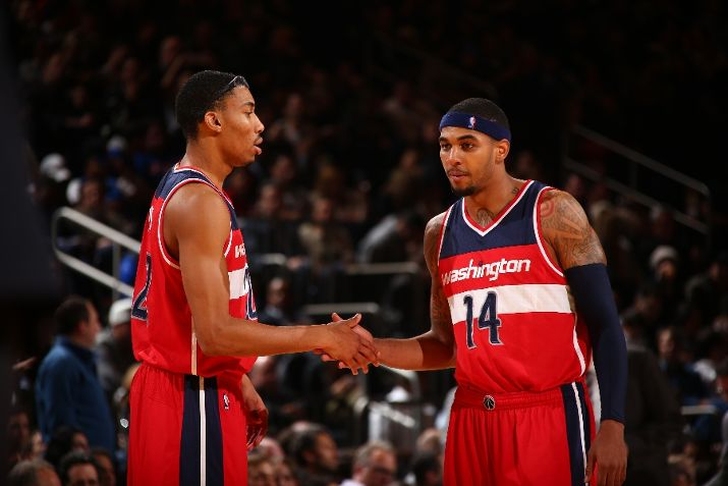 The Washington Wizards are openly shopping second-year swingman Glen Rice, Jr., according to the Washington Post.

With a gluttony of wing players and limited financial flexibility, the Washington Wizards intend to trade Glen Rice Jr. before his contract becomes guaranteed on Jan. 10, according to a person with knowledge of the situation.

Washington has already spoken to other teams about Rice, who was shipped to the D-League in late November and hasn’t played in the Fort Wayne Mad Ants’ last four games despite no reported injury.

If a trade partner cannot be found, the team could waive the second-year guard or keep him, though the latter option is not preferred because the Wizards seek roster and salary-cap flexibility as the postseason draws near and players become available via trades and buyouts.

Rice has become the odd-man out of Washington's rotation with Otto Porter, Jr.'s development and Martell Webster's return from injury last week.

He averaged 12.7 points a game during 14 games with the Fort Wayne Mad Ants of the NBA D-League. He's played in just five games for the Wizards this year, averaging 2.2 points in 8.6 minutes a game.