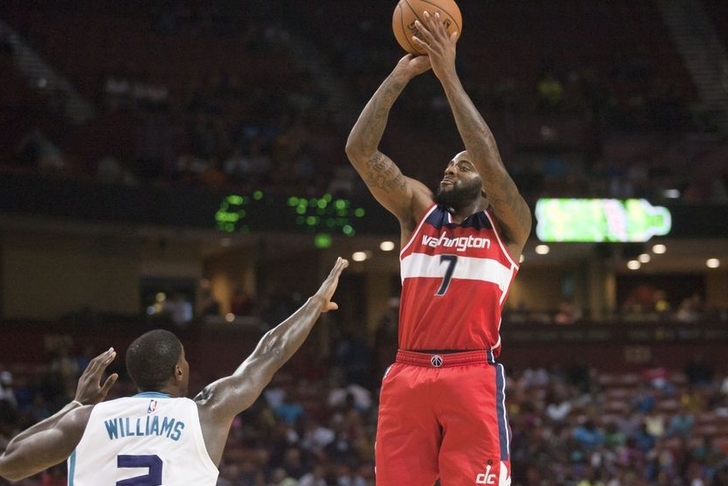 The Washington Wizards are one of several teams interested in a possible call up of veteran forward Damion James from the NBA D-League, according to RealGM. The Chicago Bulls, Detroit Pistons, and Los Angeles Clippers, are also interested.

James, a 6'7" forward, and his representatives have spoken to each of the teams, and there is no favorite to land him at this time.

One advantage the Wizards do have in signing him is that he went to training camp with the team in October, but was a final cut.

James has played in 39 NBA games over parts of four seasons with the New Jersey/Brooklyn Nets and the San Antonio Spurs.