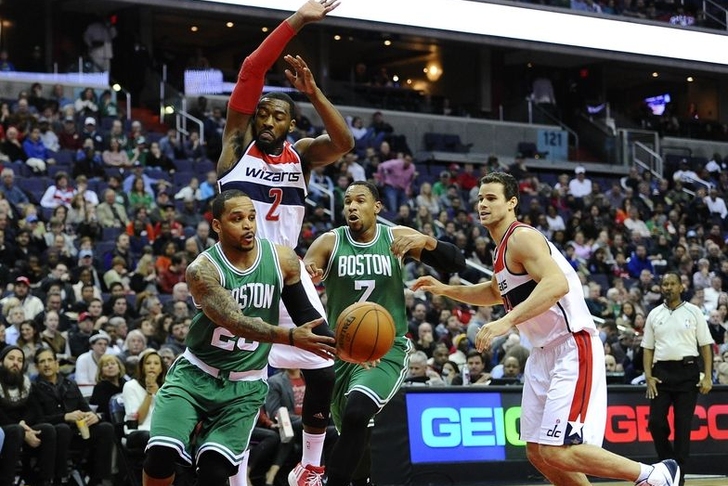 The Washington Wizards have been looking to add depth to their backcourt, and are hoping to lure sharpshooter Ray Allen out of retirement to join former Celtics teammate Paul Pierce.

If they can't do that, they're planning on making a trade for Boston point guard Jameer Nelson, according to CSN Washington's J. Michael:

If Jameer Nelson gets bought of his contract, he could end up in a Wizards uniform. Nelson was part of the deal for Rondo that sent him from Dallas to Boston. The Wizards will be in hot pursuit because he's experienced and the type of combo guard they covet most for the open roster spot. This is the most likely of all the scenarios. Nelson is expected to negotiate a buyout. He would be on a pro-rated salary which would be a minimal cost to the Wizards, he'd come off the books after the season and it allows the veteran a chance to go deep into the playoffs for the first time in a while. And the playing time is there behind Beal (see item No. 1 on Allen). He simply has to be on the Wizards' roster by March 1, the deadline to be eligible for the postseason, and want to come here. If Nelson is bought out and doesn't end up in D.C., it won't be from lack of effort on this end.

Boston acquired Nelson as part of the deal that sent Rajon Rondo to the Dallas Mavericks. Nelson is averaging 6.8 points and 4.4 assists in 24.3 minutes a game so far this season.