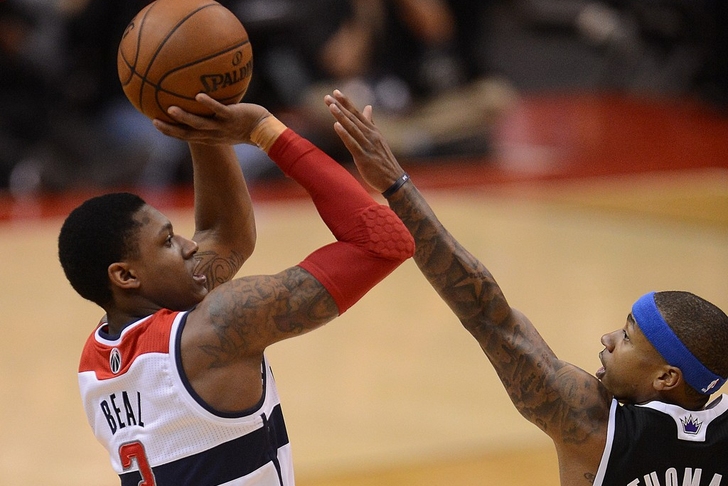 The Washington Wizards lead the NBA in three-point field goal percentage at 39.2 percent, but they shoot the third-fewest shots from long range, at 15.6 a game.

Head coach Randy Wittman explained that the Wizards shoot a high percentage from deep because they don't force shots:

“You take what your defense gives you is what you kind of say and when there are opportunities we look to take them,” Wittman said. “We shoot a high percentage but we don’t have a lot of guys who shoot them … if that makes any sense to you. You’re not going to get I think the same as when you have four — or like we played [Sunday against the Atlanta Hawks] — the four and five shot threes. So you have five guys capable of shooting threes, you’re going to have more three-point attempts. We don’t have that. It’s basically our one, two and three that shoots threes for us. So our attempts are going to be down.”