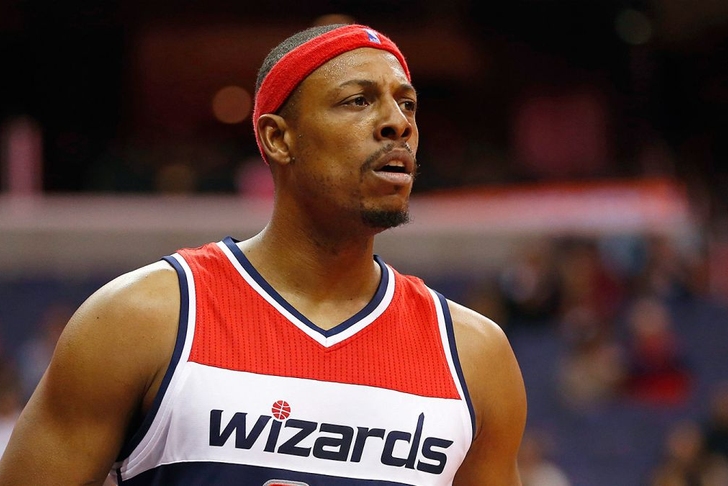 “It was either ‘We’re going to build around him’ or ‘We’re going to build for the future,’” Pierce said before the Wizards played the New York Knicks on Thursday. “That’s what most teams do. When you have a star player, an all-star-caliber player and if you aren’t able to put the other star players around him or you have other young guys, you’re either going to build with him or you build without him. So you’re going to have to figure one of the two is going to happen and since they probably couldn’t find the necessary pieces to put around him, they decided to move forward and build around the young pieces that they have.”

Read more from Paul Pierce and the rest of the Washington Wizards by following our Wizards news page today!

For someone like Pierce who spent 15 years with the Boston Celtics before having to move on in the twilight of his NBA career, nothing surprises him when it comes to the business of the league.

"It’s just a new era I think we’re living in,” said the 37-year-old Pierce “We’re not going to see one player with one franchise for that long."