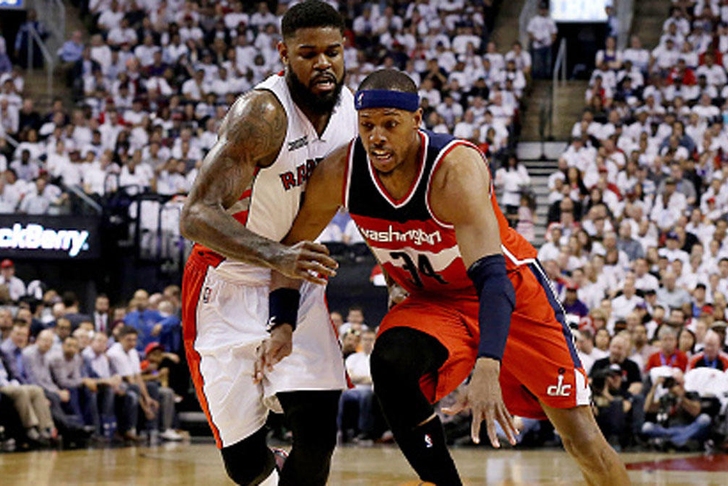 Washington Wizards veteran Paul Pierce relished playing the bad guy during the team's series sweep of the Toronto Raptors, drawing the ire of the Raptors' faithful with a series of taunts and demonstrative on-court celebrations.

If you thought Pierce would be done after the Wizards put the Raptors to rest, think again.

Per Lori Ewing of The Canadian Press:

Hours after the Wizards' 125-94 rout of the Raptors in Sunday's Game 4, Pierce took a parting shot by posting a photo on Facebook that depicted him on a throne under the headline "King in the North."

Drake, t.he Raptors' global ambassador, wasn't safe from Pierce's jabs either. The 37-year-old posted a picture of the rapper wearing a Wizards jersey under his button-up shirt, along with the words "If You're Reading This The Wizards Just Swept." It was a takeoff of Drake's recent mixtape "If You're Reading This It's Too Late."