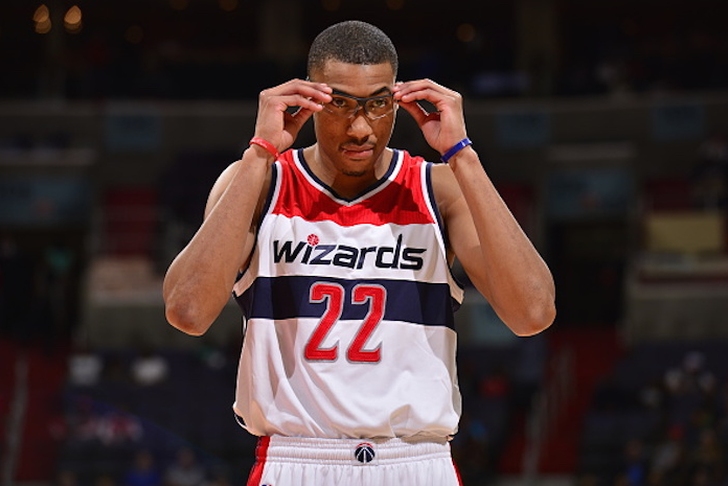 Washington Wizards second-year forward Otto Porter, Jr., made the most of the expanded minutes he received agains the Spurs over the weekend, scoring 11 points on 5/8 shooting from the floor and was aggressive on both ends of the floor in 28 minutes off the bench.

That came on the heels of Porter playing just eight minutes in the previous two games, and had appeared to have fallen out of the rotation once Martell Webster returned from injury.

After the game, Webster said his inactivity was Coach Randy Wittman’s decision and not related to an injury.

“My job is to come in whenever my number gets called, and that’s what I did,” Porter said.

“I thought it was between him and Martell,” point guard John Wall said. “Whoever is playing well at the time will get those minutes. I think Martell had a couple opportunities and he didn’t do well, and Otto came in and stayed ready. You never know what night your name is going to be called and I think with this team our guys are ready. They work hard everyday and they prepare themselves like they’re going to play.”