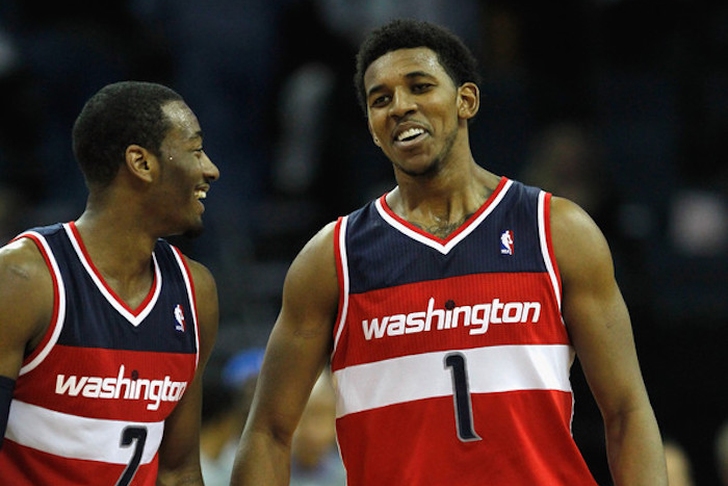 Nick Young took some time to reflect on his career after Tuesday's practice, and apparently is not very fond of his time in Washington.

“I hate the Wizards,” Young said. “But I like some of the guys over there, I just hate the Wizards. Being a Laker, there’s nothing like it. I think I learn more just being here and being around an atmosphere of winning, toughness and learning how to play under a great player like Kobe (Bryant).”

Young (and former teammate JaVale McGee) were the punchlines of many jokes during their time with the Wizards, but he didn't elaborate on why he hates his former team.

Los Angeles is 38-79 so far during Young's time with the team, which is actually a worse winning percentage than what the Wizards had while he was in Washington.

Point guard John Wall and forward Kevin Seraphin are the only players who are still on the roster while Young was in D.C. There have never been any reported problems between any of them, so it's fair to assume his hatred is directed towards the front office.

The Wizards will visit Los Angeles to face the Lakers on January 27th.