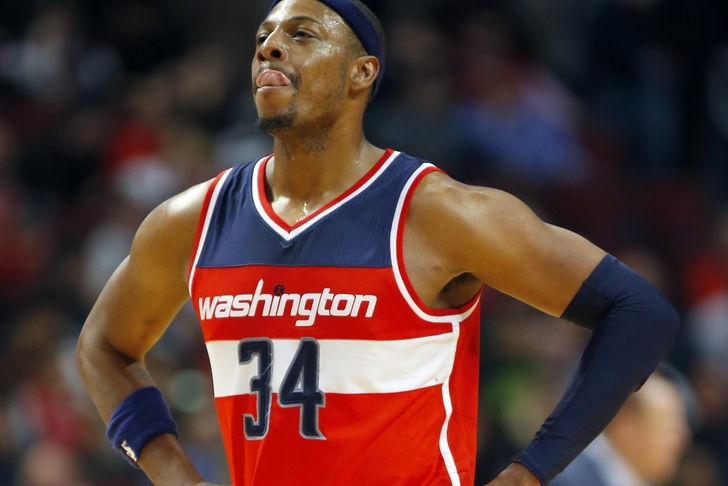 While John Wall is a game-time decision with a host of ailments, the Washington Wizards will have center Nene and small forward Paul Pierce available for Saturday's huge Eastern Conference clash with the Toronto Raptors.

Wittman said Wall is a game-time decision. Everyone else is available.

Pierce was sidelined for Tuesday's game with a toe injury before returning to the team Wednesday, but an absence from Friday's practice had left his status for tonight's game in doubt. Nene was unable to play on Wednesday while battling a sore right foot, but all systems appear to be go for both veterans on Saturday.

Prior to this announcement, the Wizards were 5-point home favorites over the Raptors in most sportsbooks. If Wall is cleared to go, expect that to climb before tipoff.