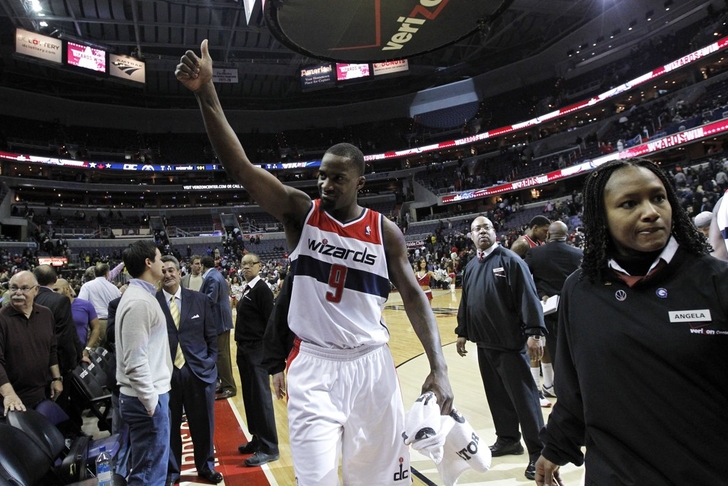 Washington Wizards SG/SF Martell Webster hasn't played yet this year after undergoing back surgery in the offseason, but his season debut is expected to happen this week.

CSN Washington's J. Michael reported Saturday that Webster's return is imminent, and Webster looked good in practices leading up to Sunday's loss to the Phoenix Suns. Webster was very solid off the bench for Washington last season, averaging 9.7 points per game while shooting .433 from the field, .392 from behind the arc and .840 from the free-throw line.

So far this year, Webster's minutes have largely gone to Paul Pierce and Rasual Butler, and both have been able to fill in without missing a step. Adding another shooter to the mix can't hurt the Wizards, though - Washington is already 5th in overall field goal percentage and 1st in the entire NBA in three-point percentage.

A free agent signing in the Summer of 2012, Webster averaged career highs in minutes, points, and three-point percentage in his first season with the Wizards. While his numbers dipped slightly in 2013, he was a key component of the Wizards squad who made it to the Eastern Conference Semifinals.