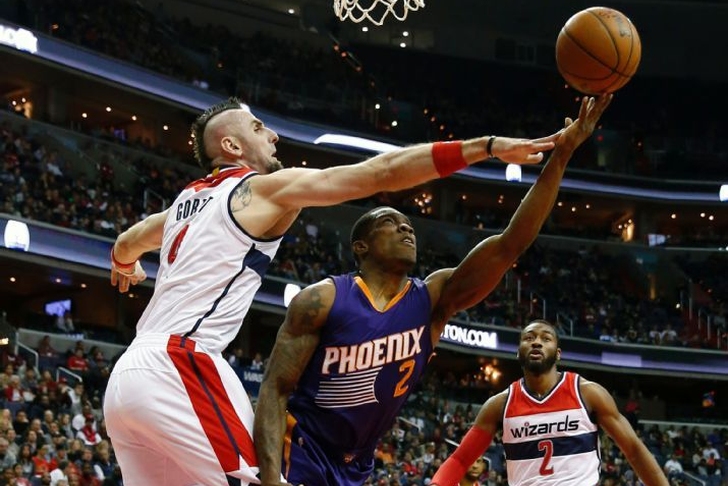 The Washington Wizards saw their six-game winning streak come to an end Sunday in a 104-92 loss to the Phoenix Suns, which didn't sit well with center Marcin Gortat.

“We got cocky. I think we just got cocky,” center Marcin Gortat said. “I just think we didn’t do the right stuff we’re supposed to do and at the end of the day we just didn’t bring it. This league is just about playing every game, every possession, and we’re just not doing it.”

However, Gortat did stress the need for the team to find a balance between confidence and cockiness.

“It’s hard. You just got to find the right balance — being aggressive, being a teammate, being an unselfish player, and making the right play,” Gortat said. “It’s all about basketball IQ and you have to bring it every game. You can’t get excited about winning five, six games in a row and all of a sudden you just think you’re going to show up. We had so many games where we had to sweat in the last minute in the fourth quarter to bring a win. Some guys we should beat them by 20, some teams. And we just didn’t beat them. So we got to learn. We got to play the right way.”

“We got after it pretty good in practice [Monday] from a competitive standpoint, which I thought we needed to do,” Head coach Randy Wittman said. “We just needed to get refocused a little bit and that happens over the course of 82 games. You lose sight of whatever it is — passing the ball, defending the ball, your mental aspect of it. So we had a little slippage on both ends of the floor we need to get back and it’s just a collective effort mentally of going out and doing that. We’re 20-plus assist team with seven, eight double-figure scorers. When we play that way we’re pretty good.”

The Wizards host the Chicago Bulls on Tuesday night before facing the New York Knicks in Madison Square Garden on Christmas Day.