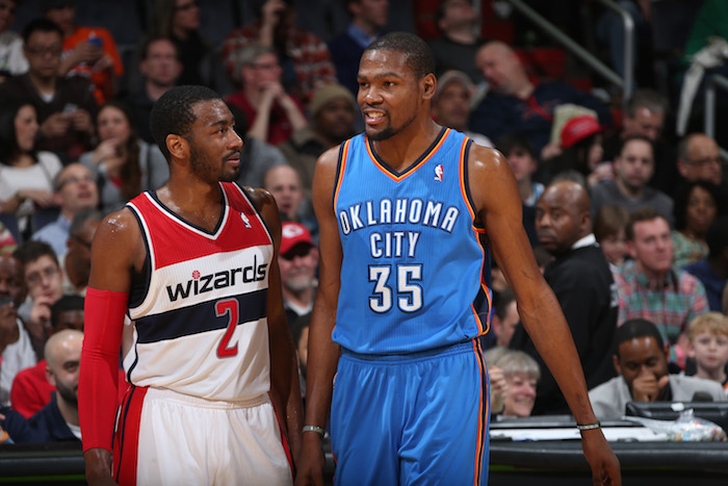 The Washington Wizards lost to the Oklahoma City Thunder last night, but many Washington fans showed up in Wizards Kevin Durant jerseys to try an influence the D.C. native to return to play for his hometown team in 2016 free agency.

The topic first came up over the summer when LeBron James announced he was returning to Cleveland, but Durant says he hasn't thought of playing for Washington.

"I've never thought about it, to be honest. I mean, I hear it in the summertime. I heard it for the first time this summer. That's when it started heating up. I love playing for Oklahoma City, man. There's just a certain level of pride that I have when I play with that Oklahoma City on my chest. "So that's the only thing I'm focused on. Everybody knows that I represent where I come from that no matter where I play at, no matter what arena. But I'm just focused on playing with Oklahoma City. It feels like home now. That's where I am."

Durant is averaging 25.5 points and 6.9 rebounds per game so far this season