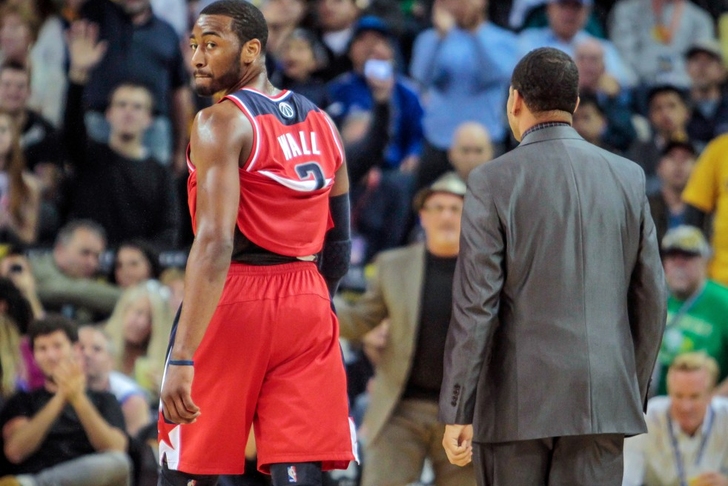 The Washington Wizards suffered a hard-fought 109-102 loss at the hands of the Oklahoma City Thunder on Friday night, a promising sign for a young team that was able to compete with one of the Western Conference's best teams.

Washington had a chance to tie the game, down three points with less than 30 seconds left, but point guard John Wall committed his only turnover of the game to help the Thunder seal the victory.

After the game, Wall took the blame for the loss:

“I lost the game. That late turnover I had at the end, I feel like I lost it. But other than that I think we played pretty well. If you look at the stat sheet, it’s pretty even. They just made bigger players down the stretch.”

Wall finished with 15 points and 12 assists in the game, and is averaging 17.3 points and 10.4 assists per game so far this year.

Washington's next game is Saturday night against the San Antonio Spurs.