Wizards News: John Wall May Sit Out Against Hornets After Playing With Migraines 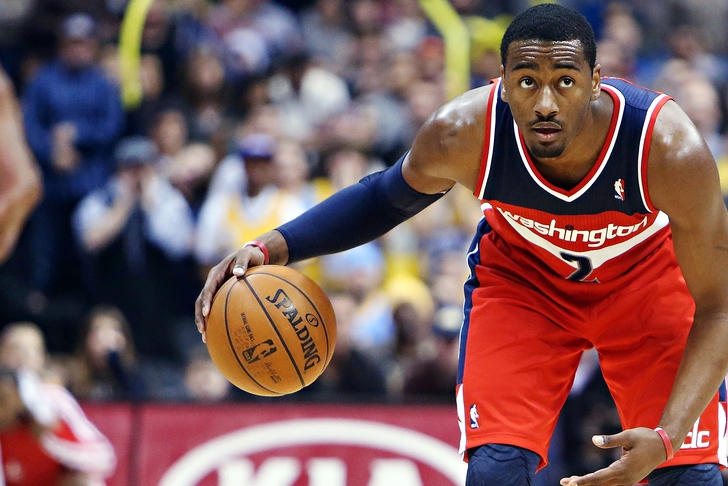 The Washington Wizards lost to the Toronto Raptors in a heartbreaking overtime defeat on Saturday night despite having All-Star point guard John Wall playing through migraines. Wall had a towel draped over his head when he sat on the bench, and after the game, he glanced away from the light bulbs shining just a few feet from his face.

Wall has been dealing with headaches for about two weeks, and he also has a sprained right ankle and a cold that surfaced on Friday, making his status against the Charlotte Hornets questionable.

“The way I’m feeling now, I’m going to rest and decide what I’m going to do on Monday,” Wall said. “This was a big game I wanted to play because I know how much it meant to our team.”

Wall managed to put up 28 points, 12 assists and eight rebounds against the Raptors, marking the 179 straight games he's played in.

“I’ll have to sit back and watch football tomorrow and decide what I’m going to do on Monday,” Walll said. “I still have headaches and a cold at the same time. With the migraines I try to stay out of light as much as possible. I’ve gotten a lot of treatment on my ankle and it feels better than what it did Wednesday night.”

Follow our Washington Wizards team page in the latest Wizards news and rumors!