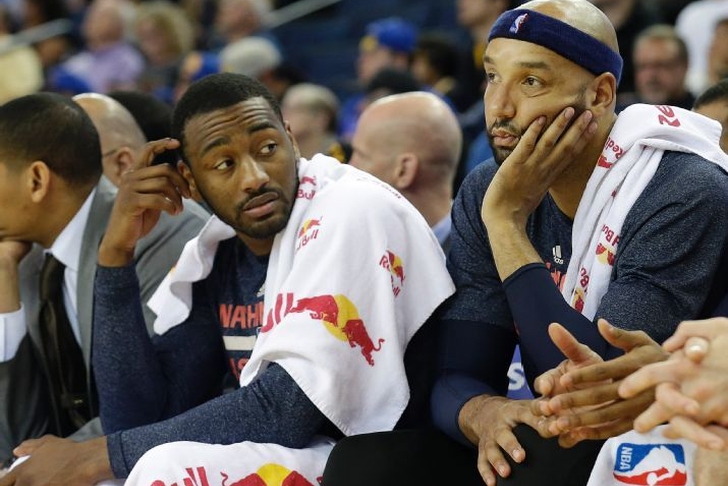 The Washington Wizards lost to the Golden State Warriors on Tuesday night in blowout fashion, but the biggest news came from the mouth of Warriors forward Marreese Speights, who said Golden State knew the Wizards would "start bickering and quit" once they turned up the defensive pressure.

Wizards guards John Wall and Bradley Beal responded to those comments, denying that their team quit.

“If he’s saying we didn’t play hard, I definitely agree with him on that,” Beal said. “Golden State was definitely more physical than us. They were more aggressive than us on both ends of the floor. In terms of us quitting, I don’t think we quit. We just didn’t play hard. I guess you can put everything in the same group or category but we know what we need to do. That game is over and we’re going to be a new team.”

“I don’t think we quit,” Wall chimed in. “I just think we didn’t execute our game plan. We didn’t stick to the defensive concepts we used in the first half. We was only down three and we didn’t move the ball the same way and execute our plays the same way we did in the first half. So I don’t call that quitting. That’s losing our focus and concentration."

As for the arguing, well...

Beal admitted that the team does have arguments at times, but it doesn't affect them on the court.

“I don’t think we argue as much as people think we do. I mean, every team argues. You’re going to have your differences. I think with us losing over the last couple months, it’s going to be tough and of course you always want to point the finger at somebody else. But I think the biggest thing for us is we have to bear down and look ourselves in the mirror first and see what we’re doing.”