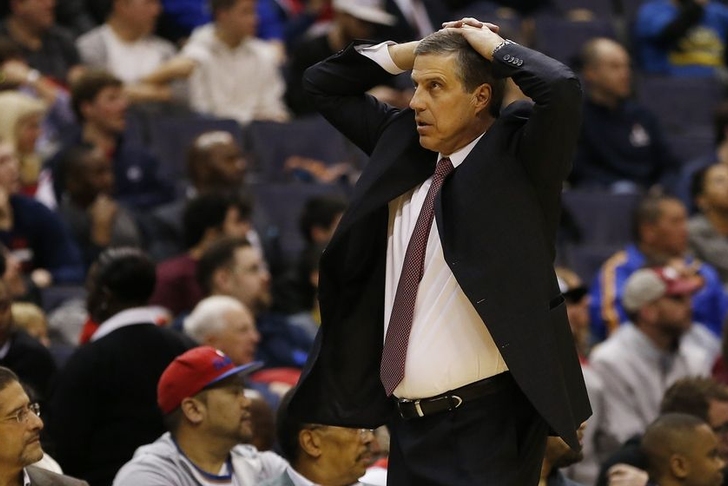 The Washington Wizards lost to the Indiana Pacers last night in the closing seconds of the game when George Hill was able to drive into the lane and get an easy layup.

Head coach Randy Wittman was furious, saying the Wizards quit defensively in the fourth quarter, causing them to lose the 10-point lead they had in the final frame.

Wittman isn't the first person to talk about the Wizards quitting on the floor. Earlier this week, Golden State forward Marreese Speights said the Warriors knew if they played pressure defense, Washington would quit.