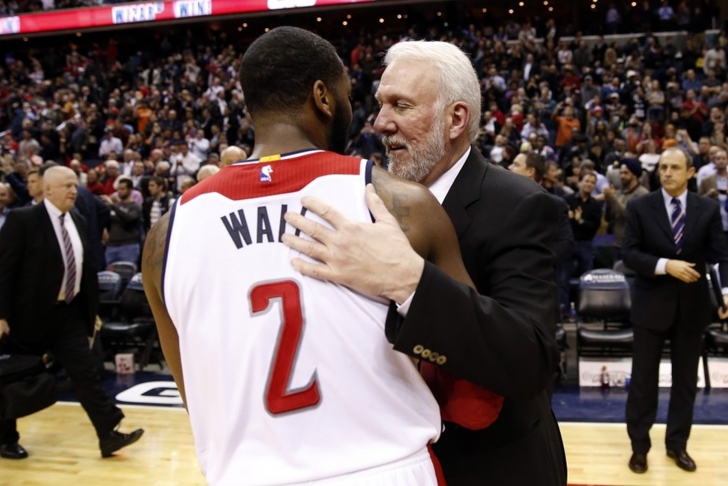 “Why not?” Popovich said. “I don’t think anybody’s that great in the league, very honestly. Golden State looks different from everybody, obviously, because of their record I guess.But still, I think anybody can beat anybody else in the top 10, 12 teams in the league. It’s anybody’s ballgame. I thought Washington played more consistently than we did. You know, Randy [Wittman's] done a great job in having them buy into the system. They’re playing aggressively, they’re physical, they’re in attack mode, they’re sharing the basketball, and I think they’ve been doing a great job.”

Washington is 27-12 on the season, currently ranking second in the Eastern Conference behind the Atlanta Hawks. Their next game is Friday night against the Brooklyn Nets.