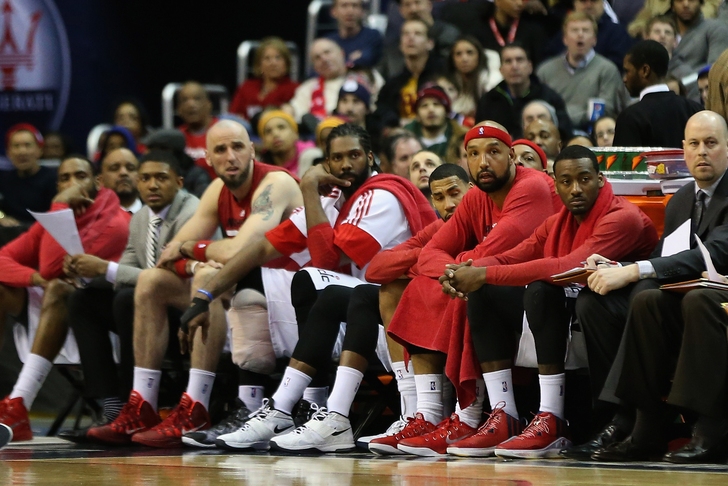 The Washington Wizards have lost 10 of their last 12 games, and have fallen from the second seed in the Eastern Conference all the way to the fifth seed. Their season hit a new low when they lost by 20 to the lowly Minnesota Timberwolves on Wednesday night, and that's raising eyebrows.

“They’re dissolving,” said ESPN's Tony Kornheiser said on Pardon the Interruption Thursday. “This is the first year they’ve had expectations. They started out great. If you look at them now: 0-5, 2-10 and 4-12 [stretches]. Coaches get fired for that when teams have expectations.”

“Already in the NBA there are whispers coming down about Randy Wittman,” Windhorst said. “And Ted Leonsis is famous for his patience, and I suspect his patience will last. But already I’ve got people in the league talking about how that job is going to maybe be open after this year. And that is not a good situation. Now, he’s faced the pressure before and rallied back, but this is a different era for this Wizards team, as you well know Tony. There’s a major difference in the NBA when you flip the page to being a team of expectations as opposed to a team of potential. They were a team of potential last year; now they’re a team of expectations.”