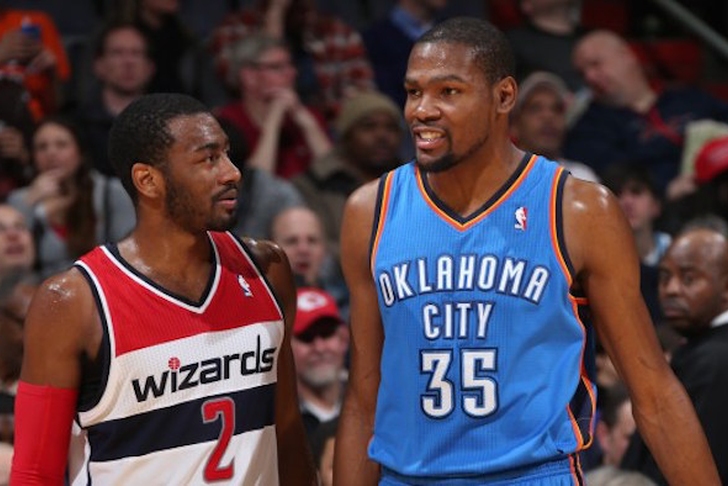 The Oklahoma City Thunder acquired shooting guard Dion Waiters from the Cleveland Cavaliers in a three-team deal that sent waves around the NBA, particularly in Washington, D.C.

There has been a #KD2DC campaign among Washington Wizards fans trying to lure D.C. native Kevin Durant back to his hometown, and the Thunder getting Waiters turned that campaign into a firestorm Monday night.

Waiters developed a reputation in Cleveland for being a headcase, bad teammate who was hard to get along with, and someone who shot the ball a lot. They way Wizards fans see it, Waiters his someone who will frustrate Durant so much that he'll want to leave OKC:

Interesting trade by the Thunder, if they want to chase KD out of town and push him here that would be fine with me. #KD2DC

Cleveland sent Dion Waiters to OKC? It's like the Cavs are trying to help get Durant to D.C.

The happiest fans reacting to this 3-team OKC/CLE/NYK trade may be the #KD2DC contingent in Washington.