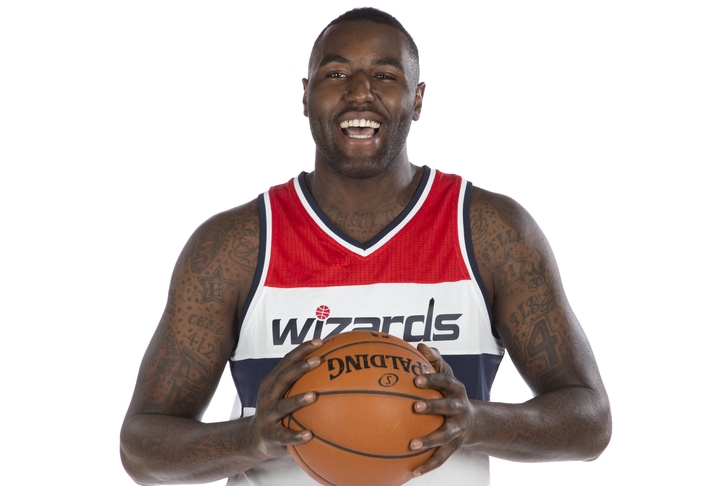 DeJuan Blair has struggled to find any sort of consistent role with the Washington Wizards this season, even having been deactivated for Monday's win over the Houston Rockets after spending the team's first 29 games on the bench.

He was in uniform, however, for Tuesday's 114-87 loss to Blair's former team, the Dallas Mavericks, and he responded by scoring one more point (9) than he had all season up to that point.

“It was good. You seen how it was out there,” Blair said, via the Washington Post. “Everything was good. Everything went well. It’s just good to be out there.”

Blair scored his nine points on efficient 4-of-6 shooting, adding five rebounds in twelve minutes of action - the second-most minutes he's played in a game all campaign long.

Playing so rarely is all new to Blair who averaged at least 14 minutes a game in his first five NBA seasons. However, he's doing his best to stay ready for when his name is called.

“I just got to adjust my game and get back to playing,” Blair said.