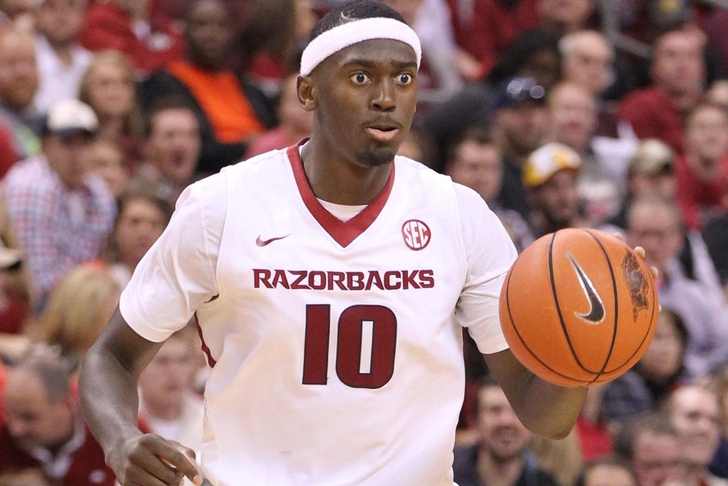 The Washington Wizards have the No. 19 pick in the NBA Draft, and there has been a lot of clutter to sort through as to their plans with the pick. Here are three rumors you need to know:

Looney is high on Washington's draft board because of the versatility the 6'9", 220-pounder has on the basketball court. He played both small forward and power forward at UCLA, and the Wizards are hoping that will translate to the NBA, according to the Washington Post:

Looney would be a fit in Washington. He has the potential to become an effective stretch-four after shooting 41.5 percent from three-point range at UCLA – though the sample size is small – and the Wizards are in the market for one. Washington could also use some depth on the wing – especially if Paul Pierce doesn’t return next season – and Looney insisted he believes he can also play small forward at the next level.

“I think I can play both. I don’t like to limit myself because when I watch the games a lot of guys are interchangeable,” Looney said. “Otto Porter played a lot of three and the four. Paul Pierce even played four this year. You watch a team like Golden State, where their guys are playing everywhere, so I don’t want to limit myself. I think I can play both. If my coach needs me to play the four, I will play it. If they need me to play the three I will play it.”

Washington has brought in Arkansas forward Bobby Portis for a few workouts, and like him as a potential stretch four at the next level.

“Yeah, no doubt. Picking and popping, that’s something I can do because I feel like when I pick and pop I have that separation to shoot,” Portis said. “So it’s more about me just trying to be consistent as a three-point shooter than me making shots. I can make shots but just because you make them doesn’t mean you don’t have to keeping going to the gym and keep getting my reps in so I can be that … go-to pick-and-pop man that I know I can be.”

Portis is expected to be off the board when the Wizards pick, but if he's there, Washington won't hesitate to draft him.

Kentucky power forward Trey Liles is expected to go anywhere from No. 4 in the draft to late in the first round, and the Wizards are giving him heavy consideration if he's still on the board come draft night - but that may not be a good idea.

The lack of range Lyles brings points to him not being ready to convert to being a stretch-4 that the Wizards so desperately need. They could draft him, develop him, and use him somewhere down the road, but there is no telling how long that will take.

Overall, Lyles is a good player who can likely transition his fast break skills and athleticism to the NBA, but he shouldn’t be a priority for the Wizards. Sure, if all their other options have been exhausted by the time their pick comes around, and Lyles is still available, he should be considered, but the lack of experience he brings is extremely unsettling. I wouldn’t get too excited about seeing Lyles as a Wizard next season.