The new look Wizards are here to stay! 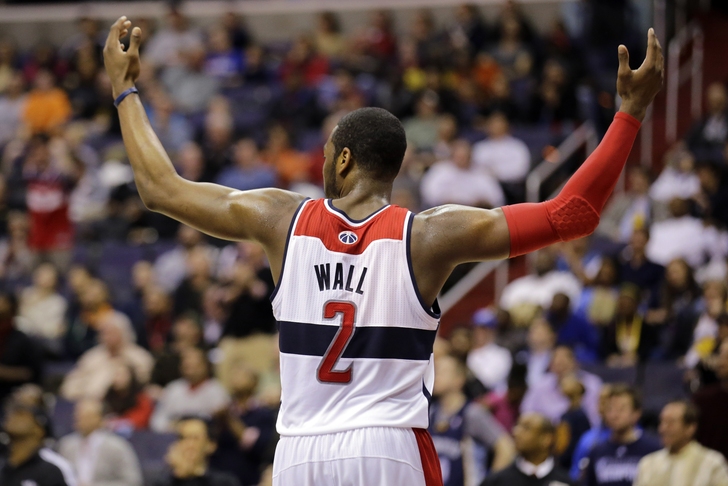 The Washington Wizards 2013 season started with a big trade to land Marcin Gortat to solidify their starting lineup and playoff hopes.

With Gortat not starting the first game against the Detroit Pistons and NeNe being out the next two games with calf and achilles injuries, the Wizards didn't play with their true starting lineup until game four, after already starting 0-3.

That all changed on November 6th when they all started against the Philadelphia 76ers and got their first win. Then they got their second win just two days later against the Brooklyn Nets in overtime.

Sunday they looked to get to .500 for the first time since the John Wall era began against the Oklahoma City Thunder. The game seemed all but wrapped up as they held a 10-point lead with a little under three minutes left in the fourth quarter. Well, the Thunder showed why they are Finals' contenders and forced the game into overtime and went on to win by one.

Check out this video of the the great game last night that includes Bradley Beal scoring a career high 34 points and Kevin Durant scored 33, including the game-tying three pointer to send the game in OT.

Although they lost Sunday, they are 2-1 with the true starting lineup and we can take a lot of positives from these past three games.

For example, every starter is averaging double digits in points. We now have a team that anyone on the floor can score at anytime. This makes it a lot harder for teams trying to defend us. In fact, we are the eighth highest scoring team with 105 points per game.

Next, we now have players in their proper position. When players are in their natural position of comfort they are more effective. Just take a look at Nene's production when he is at power forward, his preferred position, and when he is at center.

Lastly, we aren't forced to rely on role players. Role players are meant to do just that, fill in a role for a brief period of time. When teams must depend on them to start against elite talent from other teams, it sets your team at a slight disadvantage. Although everyone in the NBA is talented, we can all agree there is a drop off from your starter's talent to that of the role players.

I say all this to explain why the Wizards of old are no more and barring injury, the new Wizards are here to stay. After beating a projected playoff team the Nets in OT and almost coming out of OKC with a win, which many consider all but impossible, the NBA is now on alert. The Wizards are no longer a team that struggles to score, nor a team that can't match other elite teams and will be a force to reckon with in the Eastern Conference.