Surprises and Disappointments of the 2013-14 NBA Season Thus Far 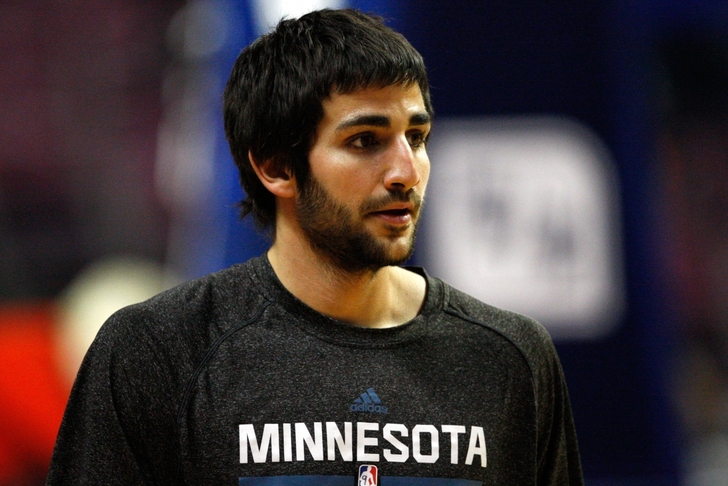 This NBA season has been enjoyable so far, as superstar players like LeBron James, Kevin Durant and Chris Paul have taken their games to new heights and levels of efficiency. Players like Paul George and LaMarcus Alridge have become legitimate MVP candidates, while players like Stephen Curry and John Wall continue to take the next steps in their respective games and will likely gain all-star recognition this season.

With injuries taking out key stars like Derrick Rose, Russell Westbrook, Kobe Bryant, Brook Lopez and now Eric Bledsoe and Jrue Holiday, many NBA teams aren’t looking the way we thought they would.

After trading Joe Johnson away and basically showing Josh Smith the door, the Hawks were left with Al Horford and Jeff Teague to lead their team. This offseason, Atlanta let go of Head Coach Larry Drew and hired former Spurs assistant coach Mike Budenholzer as Head Coach. This was a great move by GM Danny Ferry, as Budenholzer has brought a Spurs-like approach to this Hawks team. Atlanta also signed Paul Millsap on a bargain contract, while getting very good production (17 points & eight rebounds per game) in return. More notable is the stellar play of Kyle Korver, who continues his record streak of 104 consecutive games with a three-pointer made.

Perhaps more surprising is the play of fifth-year point guard Jeff Teague, who has done an admirable job keeping this team playing well with very limited talent on the roster. Teague is averaging nearly 17 points and eight assists per contest.

If the playoffs started today, the Hawks would be the 3-seed. The bad news for the Hawks is that Al Horford is out for the season with a torn pectoral muscle, so their time near the top of the East may be short-lived.

I, for one, thought MCW was going to be a good NBA point guard, but I never thought he'd be this good this early on in his career.

While the Sixers aren’t a good team due to the subpar talent on their roster, it’s safe to say Philly fans won’t be longing for Jrue Holiday to walk through that door. The Sixers won the draft-day trade that brought them MCW and Nerlens Noel in exchange for Holiday - not only is MCW outplaying the former Sixers floor general, but Carter-Williams has enormous upside that he hasn’t even begun to reach.

MCW is averaging 17 points, seven assists and five rebounds, which is pretty impressive for a rookie. He's also posting a Player Efficiency Rating of 18.50, good for 4th among point guards in the East.

I’m going to ease off the Knicks for now. Yes, they’ve been disappointing, but they’ve played better of late winning four of their last five with impressive victories over the Heat, Spurs and Mavs. Their roster is constantly decimated by injuries and the stupidity of J.R. Smith.

With that said, I’ll go with the Detroit Pistons. I'm not sure what GM Joe Dumars and the Pistons front office were thinking when they decided to sign Josh Smith this offseason with the intention of playing him at the 3 alongside Greg Monroe and Andre Drummond. The whole world knew that Josh Smith would stand out on the perimeter and jack up long-range jumpers. That's exactly what happened, and it’s really hurting this Pistons team.

With Smith, Monroe and Drummond in the fold, one would think the Pistons would at least be a solid defensive team. They aren’t. Maurice Cheeks hasn’t been able to garner any consistency from any players not named Greg Monroe and Andre Drummond. The Brandon Jennings-Josh Smith duo clearly hasn’t worked out so far.

This team has legitimate playoff aspirations after adding “talent” this past offseason. Currently on a 6-game losing streak and the 9th-seed in the East, it might be time for the Pistons to consider making a move for the future. This may mean showing Greg Monroe (a soon-to-be restricted free-agent sure to garner near max-money on the free agent market) the door via a trade, unless they can unload Josh Smith's freshly inked 4-year $54 million dollar contract.

While I think Josh Smith has been pretty disappointing, he's playing how many expected him to play after signing with Detroit. Deron Williams simply hasn’t lived up to his massive contract since being granted that questionable $100 mil. This season, D-Will’s play has been inconsistent to say the least. In some games, he looks like the D-Will from his Utah days, but he often looks much worse.

To his credit, his ankle injury has hampered him all season. However, when you're making over $18 million annually, you’ve got to play better. D-Will is averaging 13 points and about seven assists - those numbers are simply not good enough.

As he continues to get healthy, hopefully his play will improve as well. Once his play improves, the Nets should sneak into the playoffs.

Phoenix has easily been the league's best story so far, with the Blazers a close second. After hiring GM Ryan McDonough and head coach Jeff Hornacek, the Suns stole Eric Bledsoe away from the Clippers for Jared Dudley. Soon after, they flipped Luis Scola for Gerald Green and Miles Plumlee. Most projected this team to be one of the leagues worst, but they've gotten the most out of the talent on their roster.

Gerald Green and Miles Plumlee were buried on the bench in Indiana last season, but have found a great fit in Phoenix. Eric Bledsoe was playing phenomenal ball before being ruled out indefinitely after undergoing knee surgery. Point guard Goran Dragic is having a career year, and the Suns have looked much like the run-and-gun team from the early D’Antoni days. Players like Channing Frye, PJ Tucker and the Morris twins are playing strong team basketball, making this one of the more entertaining teams in the league.

The Suns are currently the 7-seed in the rugged Western Conference. It will be interesting to see if the Suns can keep up the pace with Eric Bledsoe out indefinitely. Either way, I'm sure they'll be fun to watch.

While the Kings aren’t a good team, they have surprising amount of talent on their roster. Isaiah Thomas is one of those talented players, and he's quietly having an outstanding season.

Thomas is averaging nearly 20 points and 6 assists per game while posting the second-best Player Efficiency Rating in the league among point guards at 22.67. While Thomas was always a talented player that could score in bunches, nobody expected him to be this good in his third season.

The former 60th pick in the draft has been a pleasant surprise for a Kings team that could use some positivity.

I feel bad for Kevin Love. He plays his tail off every night, but his team is just resoundingly mediocre. This team has legitimate playoff aspirations, and some thought they would land as high as the 6-seed in the West. With disappointing play from Ricky Rubio and an inconsistent bench, the T-Wolves have struggled to close out and win close games.

Love is averaging 26 points and 13 rebounds per game, while posting an outstanding Player Efficiency Rating of 27.75 - good for 3rd-best in the NBA.

If the Wolves don’t put some better talent around Love in the near future, he'll be gone in July 2015 when he can opt out of his contract. After calling out teammates J.J. Barea and Dante Cunningham after their latest collapse against Phoenix, it’s safe to say Love wouldn’t mind a change of scenery. With this team's constant mediocrity, who can blame him?

Ricky Rubio’s game simply hasn’t developed much since he entered the league. He’s a creative passer who excels at setting up others, but he does little else. He’s averaging eight points and eight assists while shooting a career-low 34 percent from the field.

The Wolves need his game to improve - especially his shooting - if they want to be a playoff team. In his third season, Rubio was expected to take the next step in developing his game, but we’ve yet to see any significant improvement.