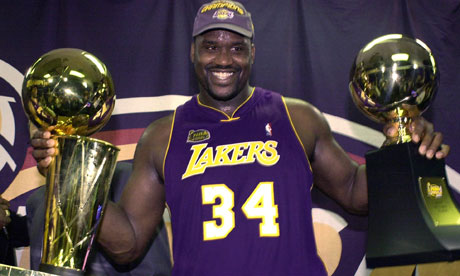 Everyone is reporting that Shaquille O'Neal has called it a career, but the Boston Celtics haven't made any official announcement. O'Neal sent out a tweet on Twitter and said he's retiring after 19 years and 4 NBA Championships. It makes since for him to retire because he was only able to play in 37 games for the Celtics this season because of injuries and it's been a real struggle for him to be on the court the past few seasons.

When Shaq was in his prime he was unstoppable and had his way in the paint. It didn't matter what you tried to do defensively because the guy was a great passer and understands the game very well. There is no doubt he will be a first ballot NBA Hall Of Famer when he's eligible for enshrinement.