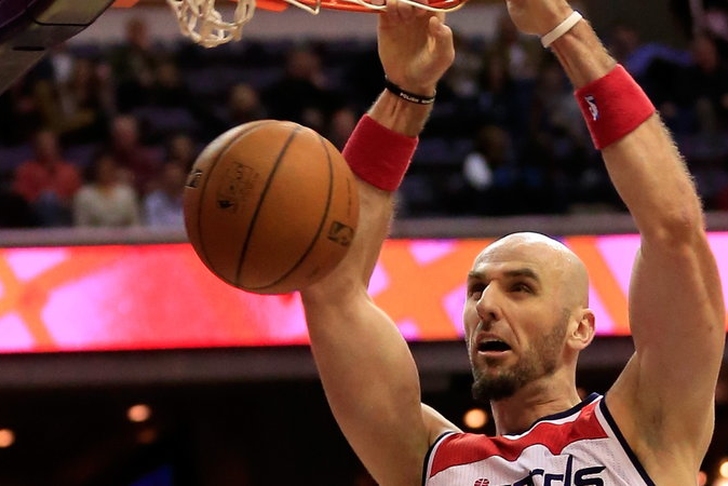 In a breaking Wizards rumors and news update for your Tuesday night, the Washington Wizards have just re-signed center Marcin Gortat to a multi-year contract - holding onto one of the key pillars of the team's evolving and exciting core.

Here's the scoop from Adrian Wojnarowski of Yahoo! Sports:

The $12 million per year price tag is exactly in the range that Gortat was expected to command on the open market, beating potential suitors such as Miami and Cleveland to the punch while taking advantage of Gortat's affinity for the Wizards.

Averaging close to a double-double in 2013-14 (13.2 ppg, 9.5 rpg) while appearing in 81 of the team's 82 regular season games, Gortat's durability and production was crucial to Washington during their playoff run this past season.

With him now locked in for the next half-decade, the Wizards can now turn their attentions to Trevor Ariza in free agency. The Wizards have already made their intentions know to the veteran forward that they want him back in D.C., and with Gortat returning, their job in retaining Ariza might have just been made a lot easier.