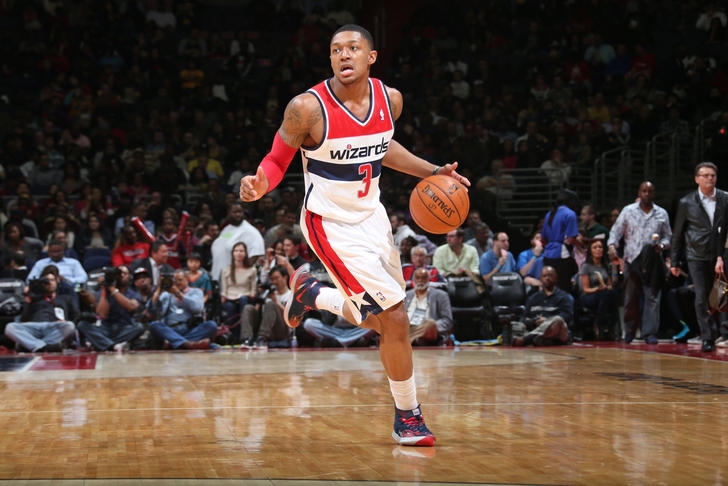 Washington Wizards shooting guard Bradley Beal could miss up to two months with what the team believes could be a broken left wrist. Here's NBA.com's David Aldridge with the news:

Per Jorge Castillo of the Washington Post, "Beal sustained the injury when Hornets forward P.J. Hairston fouled him with 2 minutes 22 seconds remaining in the first quarter of Charlotte’s 99-86 victory in Greenville, S.C. Beal stayed in the game to make his two free throws, but was taken out 24 seconds later and did not return. The Wizards officially labeled the injury a sprain and Beal departed Bons Secours Wellness Arena with the wrist in a brace."

The 21-year-old Beal comes into his third NBA season with heightened expectations. During the Washington Wizards' playoff run in 2013-14, Beal's development alongside point guard John Wall made for one of the league's explosive guard combos.

Now, with an official announcement said to be "coming soon," Beal might have to wait until November or December to build off of his stellar sophomore campaign. Stay tuned.