Report: Paul Pierce agrees to two-year deal with the Wizards 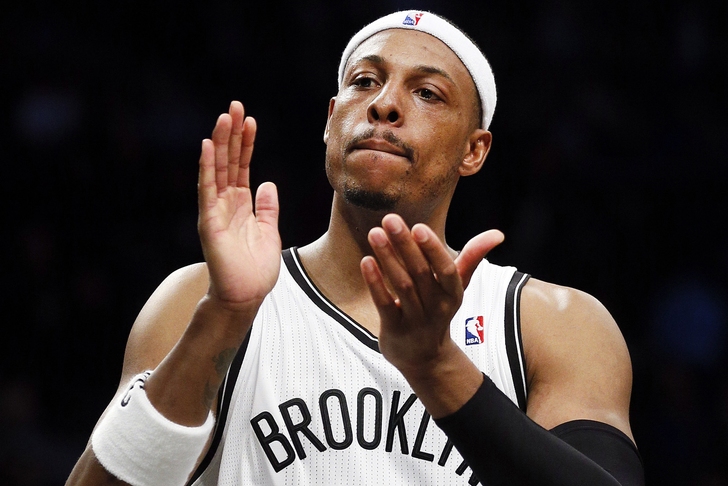 A day that started on a disappointing note for the Washington Wizards ends in elation as the Wizards have agreed to terms with free agent Paul Pierce on a two-year deal.

The Wizards didn't wait long to fill in the gap left by Trevor Ariza's departure to the Houston Rockets earlier in the day:

Washington moves quickly to get its replacement for Trevor Ariza. Paul Pierce's stay in Brooklyn lasts only one season

After Brooklyn Nets head coach Jason Kidd was traded to the Milwaukee Bucks earlier this offseason, what seemed like a sure re-signing of Pierce for the Nets became anything but.

Now "The Truth" joins a young, talented Wizards team who are looking to build off their Eastern Conference Semifinals appearance this past postseason.

For more on Pierce's move to D.C., stay tuned to our Washington Wizards and Brooklyn Nets team pages.