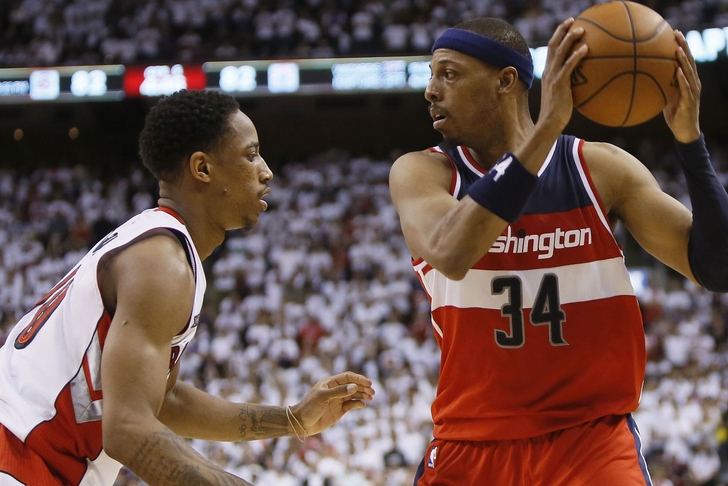 The Toronto Raptors' country-wide NBA Playoffs party has been spoiled over the first three games of their Eastern Conference Quarterfinal series with the Washington Wizards. They'll look to get things swingin' again by avoiding a sweep with a Game 4 triumph in D.C.

Can Toronto come back in the battle of the backcourts?

Paul Pierce's clutch ways and City of Toronto-baiting taunts in the press may be getting the publicity, but it's the distinct advantage that the Wall/Beal backcourt duo for Washington has over the Lowry/DeRozan pairing which has swung this series for Washington. DeRozan has done everything in his power to match production with Wall's insane passing and Beal's shooting touch, but Kyle Lowry will need to wake up and find a superstar gear to get this series back to Toronto.

The Raptors will come out firing well enough to get this series back to Toronto. Expect Lowry to have his best game of the series so far to force a Game 5.