NBA Awards Predictions for the 2013-14 Season 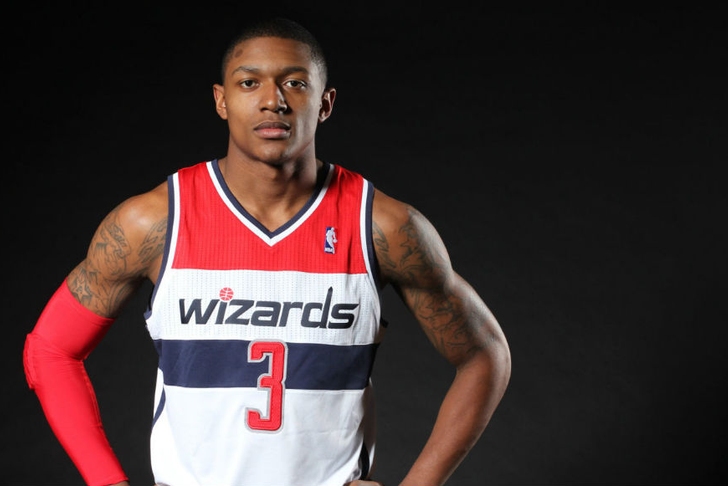 With the NBA season is set to begin on Tuesday, Oct. 29th, this is the time of year for NBA awards predictions. With the return of a superstar player like Derrick Rose and an all-star like Dwight Howard changing teams, this should be a exciting year of NBA action. Let's get down to business - here are my pre-season predictions for the major NBA awards:

The NBA’s most improved player award usually goes to a player that makes the leap from role player to an all-star level over the course of a season.

For example, Last year’s award went to Pacers G/F Paul George, who made that leap to elite status last season while making his first all-star appearance.

Popular pre-season picks for this award are Phoenix Suns guard Eric Bledsoe and Toronto Raptors center Jonas Valanciunas. While these players have plenty of untapped potential and are set to have breakout seasons, I’ll take the Washington Wizards stud shooting guard Bradley Beal to take home the MIP award.

The 6’5” shooting guard from Florida looked impressive during the preseason, averaging 20 ppg and showing good chemistry with backcourt running mate John Wall. Beal shot the ball efficiently while showing the ability to put the ball on the floor and get to the rim.

As a 19-year-old rookie, Beal showed flashes of greatness, averaging 13.9 ppg on 41% shooting.

Beal, who battled injuries last season that allowed him to only participate in 56 games, looks healthy and poised for a breakout season. He'll very likely lead the Wizards in scoring in only his second NBA season, and as a result I expect he'll receive strong consideration for Most Improved Player.

Like I predicted in my Washington Wizards season preview, I expect Beal to average 21 ppg, helping the Wizards return to playoff contention for the first time since 2008.

If Beal and Wall can stay healthy and guide the Wizards to the playoffs (far from a guarantee), I expect them both to have breakout seasons, helping Beal take home the Most Improved Player Award.

Sixth Man of the Year Award

Harrison Barnes. Simply put, Harrison Barnes should be a starter; however, with the off-season addition of Andre Iguodala, Barnes will be forced into a sixth man role.

With Mark Jackson’s love for small ball lineups combined with Barnes and Iguodala’s ability to guard multiple positions, I expect to see many lineups with them on the court together. Barnes will receive ample playing time coming off the bench.

With Barnes’ team-first attitude, I'm sure he’ll embrace his new role off the bench. As his game continues to develop this season, Barnes will become the league's most lethal sixth man, trumping Knicks guard J.R. Smith.

Coach of the Year

Not only did the Rockets add this offseason's most coveted free agent in Dwight Howard, but they also had a full offseason with Howard, Harden, Parsons and Lin as their core. They didn’t have that luxury last year, with Harden coming aboard right before the regular season began.

I expect this will prove to be extremely beneficial to Houston’s team chemistry. Houston should be a top three team out west with Howard returning to form, now that he's in a location where he is fully comfortable. With McHale’s mentoring, Howard should be dominant on both ends of the floor.

While many expect the Rockets to be pretty good, I think they’ll prove to be better than many are predicting and really contend for western conference supremacy, allowing for Coach McHale to take home the COtY award.

Rookie of the Year

If the Bobcats weren’t the perpetual joke of the NBA, I would go with rookie PF/C Cody Zeller. Since Zeller is playing for the Bobcats, I’ll go with Orlando Magic rookie guard Victor Oladipo.

Oladipo was my favorite player in college basketball last year while at Indiana with his unmatched work ethic and raw talent. While he played shooting guard at the collegiate level, he'll be asked to play some point guard for the Magic.

He played both guard spots during the summer league and the preseason. While clearly a work in progress, Oladipo has the talent and work ethic to do whatever is asked of him. He also shows up on the defensive end of the floor, and has the talent to quickly become an elite wing defender.

I expect Oladipo to play heavy minutes for a Magic team starved of elite talent. This should translate into some impressive performances from the rookie. While the Magic won’t win too many games, I expect Oladipo will be the most impressive rookie.

Defensive Player of the Year

I'm not a member of the LeBron James for DPoY club, as many seem to be. I think there are centers in the league required to anchor defenses night in and night out that are more deserving. Many games, James doesn’t even guard the opposition's best perimeter player for the majority of the game.

With that being said, I’ll go with Dwight Howard. The three time DPoY is finally healthy after being bothered by injuries to his back and shoulder the past two seasons.

Houston was ranked 28th in defense last season, allowing 102.5 points per game. Point blank, the Rockets must improve on the defensive end in order to become an elite team. With D12’s presence, I expect the Rockets will be a top 15 defense - at least.

Let’s not forget Howard won his 3 DPoY awards as a member of an Orlando Magic team that had no elite defenders except D12.

As Howard is happy to be in Houston, I expect he’ll look much like the dominant defensive presence he was in Orlando.

Look for Howard reclaim his throne as the leagues best defender.

Derrick Rose looked amazing in preseason action this year. His shot looked improved, his body looked stronger than ever and it's clear he's highly motivated to prove himself after missing an entire season of action.

During his 2010-11 MVP season, Rose averaged 25 ppg and 7.7 apg. With a healthy body, I expect his numbers this season to resemble those from his MVP season a couple of years ago.

Rose will be playing with a huge chip on his shoulder as he looks to bring a championship to his hometown Chicago Bulls. Look for the Bulls to have the best record in the Eastern Conference, as LeBron and Rose duke it out for the 2013-14 regular season MVP award.