John Wall is on Fire! 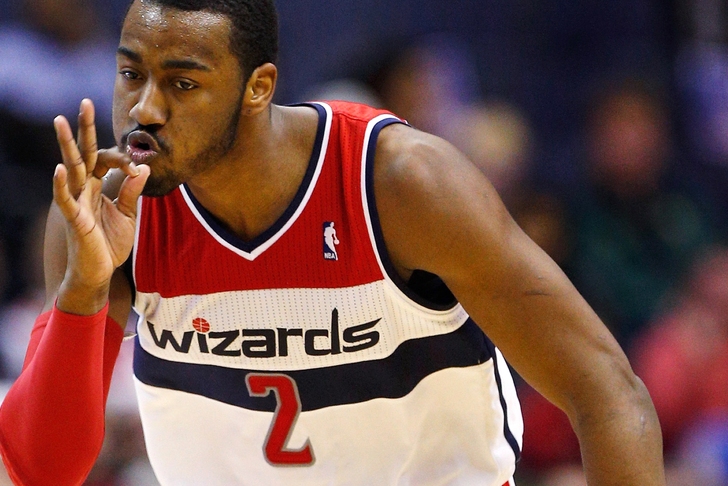 The Washington Wizards are currently the 8th seed in the Eastern Conference, and John Wall is one of the main reasons why.

Many Wizards' fans believed he was well worth the max contract he received this offseason, but now the rest of the league is starting to believe as well.

Already named the Eastern Conference Player of the Week for games played between Monday, Nov. 18th thru Sunday the 24th, Wall followed up his great week by scoring 31 points and nine assists in the win over the Lakers yesterday.

Check out Wall's one man fast break and crazy finish!

Wall, known more for his playmaking than scoring abilities, has scored at least 30 points in three straight games and his offensive output has led the Wizards to win four out of the last five.

Here are clips from the last three games he scored at least 30 in.

Wall's scoring isn't the only thing up, but his offensive efficiency as well as he is shooting over .500 percent from the field during this stretch.

This comes at a great time as the Wizards were notified Bradley Beal, who is averaging 20.6 points, will be out at least two weeks with a leg injury.

Even if he doesn't continue churning out 30 a game, if he can continue playing consistently, look for the Wizards to fulfill their preseason hype and make the playoffs.