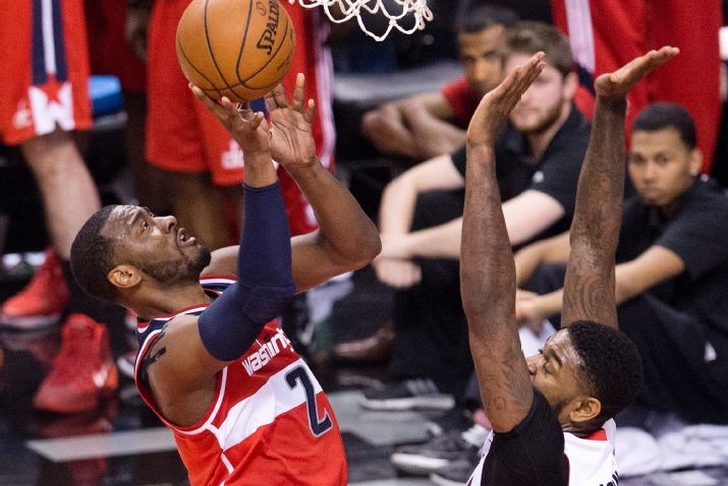 Toronto held a five-point lead after the first quarter, but Washington turned it on from there as they outscored the Raptors 71-44 in the second and third quarters to take a commanding lead. The Wizards were able to put it on cruise control from there and win easily.

Washington has now won the first two games of the series on the road, and will take their 2-0 lead back to D.C. for Games 3 & 4.

Washington closed the first half on a 17-4 run, turning a two point deficit into an 11 point lead. They never trailed again.

Washington was able control the game by dominating the glass as they outrebounded the Raptors 45-28.

John Wall (26 points, 17 assists) was an absolute wizard - pun intended - with the ball and controlled the game from start to finish. Bradley Beal also had a great game with 28 points and five rebounds.

Jonas Valanciunas (15 points, 10 rebounds) and Lou Williams (20 points off the bench) were the only players that had a good game for the Raptors tonight.

The series will move to Washington for the next two contests. Game 3 still be Friday night at 8:00 p.m. ET on ESPN2.