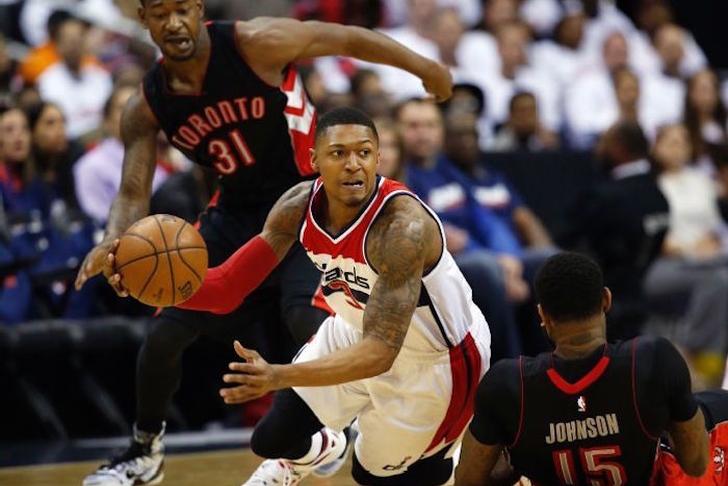 Toronto built a double-digit lead in the first quarter, but Washington was able to fight back and take a 54-48 lead at halftime. The teams continued to go back and forth throughout the second half, and the Raptors finally recaptured the lead with 5:45 remaining. After the teams traded a few more baskets, the Wizards closed on a 18-11 run to seal the victory.

Washington now leads the series 3-0, which is bad news for the Raptors as no NBA team has ever won a series after losing the first three games.

Washington's defense proved to be the difference in this one as they held the Raptors to just 37.4 percent shooting from the field, including 35.7 percent from three-point range.

Marcin Gortat totally controlled the paint in this game as he finished with 24 points and 12 rebounds. He gave a big boost to Washington's backcourt of John Wall (19 points, 15 assists) and Bradley Beal (16 points, six rebounds), who also played well.

DeMar DeRozan absolutely caught fire early in this game as he scored 20 points in the first quarter, but he cooled off the rest of the way as he finished with 32 points.

Game 4 between these two teams will be in Washington on Sunday at 6:30 p.m. ET. The game will be televised by TNT.