The 5 Questions of NBA Christmas 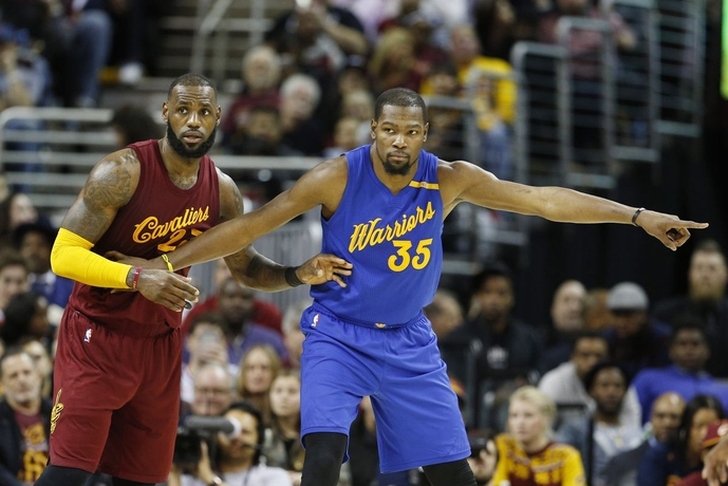 Can you hear the jingles? Today has finally arrived, the NBA’s most fun day of basketball that comes prior the month of April. Whether it’s the awesome commercials, the fresh jerseys or even the good ball, the NBA on Christmas day never disappoints. To steal from one of Basketball’s biggest aficionados Bill Simmons, here are the five questions of Christmas: NBA style.

Q1: Can Philly get back on track?

Our first Christmas game of the day, a Northeastern battle between the New York Knicks and the Philadelphia 76ers. While the Knicks have been playing good basketball as of late, Philadelphia has not. The 76ers are riding a five game losing streak, and have begun the month of December an abysmal 2-10. A once promising start has started to fall off of the rails. With Joel Embiid questionable to play with a sore back, the Knicks will continue to play their usual back-to-the-basket basketball with Enes Kanter in the low post and Porzingis floating around inside the elbow and on the block. This being the teams’ first meeting of the season, fans should be in for a treat.

This is not the game we were all expecting to see. With Isaiah Thomas targeting a return in early January, and Steph Curry still out with an ailing ankle, the highly anticipated NBA Finals rematch is shaping up to be a Jose Calderon vs Shaun Livingston show. Despite the injuries, Roaracle Arena will still be popping, and with Lebron James playing statistically his best ball yet, expect KD and Draymond to raise their level of play as well. This game should smell a bit like April, but it isn’t exactly the rematch we’ve been waiting for. NBA fans will have to keep that extra excitement on hold for a little longer.

An inter-conference rivalry like one we haven’t seen in a while, The Celtics against The Wizards in 2017 was full of action. Whether it was the funeral game in January, Isaiah’s 53-point game in Game 2, John Wall’s buzzer beater in game 6 or finally the Olynyk explosion in Game 7, most considered that playoff series to be the highlight of the entire 2017 NBA Playoffs. But now, fast-forward seven months later much has changed. The Celtics are an entirely new team with different leaders and personas. Will John Wall and Kyrie talk smack like IT once did? Will the Morris brothers clash? Who’s going to guard John Wall now that Avery Bradley is gone? So many questions waiting to be answered, but let’s hope that this new Celtics team shows the same fire that last year’s squad did, because this same old Wizards is coming for blood.

Our first western-showdown of the day will put on display yet another rematch from the 2017 NBA playoffs. While Houston currently shows off the best record in the entire league, they ride a two game losing streak into a battle with the red-hot Thunder who seem to finally be clicking after a slow start. The Thunder have won 4 straight including six of their last seven where Russell Westbrook is averaging a combined 25.8 points, 10.2 assists and 11 rebounds. Oklahoma City will look to extend their win streak against a Rockets team that will be missing Chris Paul and a few other role players. Houston will need everything they can get from James Harden who is coming off of consecutive 50-point games.

Lastly, capping off the holiday with a late night special in the Staples Center. Lakers fans are saddened to hear the news that they will be without rookie Lonzo Ball, but it creates a compelling storyline to see how they fare without him. With Ball on the floor, according to advanced metrics, the Lakers are 5.2 points worse per 100 possessions. Although in their past 10 games Ball has shown improvement in his heavily critiqued jump-shot, the Lakers are still 3-7 in those contests. For Minnesota, while they have gotten off to a good start, they have struggled severely on the defensive end. Andrew Wiggins and Karl-Anthony Towns up to point are the worst defensive duo in the entire league, both ranking in the bottom ten of individual defensive rating. Without Ball running the offense, the Lakers will use a much more jump shot-heavy lineup with Jordan Clarkson, Brandon Ingram and Kyle Kuzma. Los Angeles will need a lot from them in order to pull away from this game with a victory.